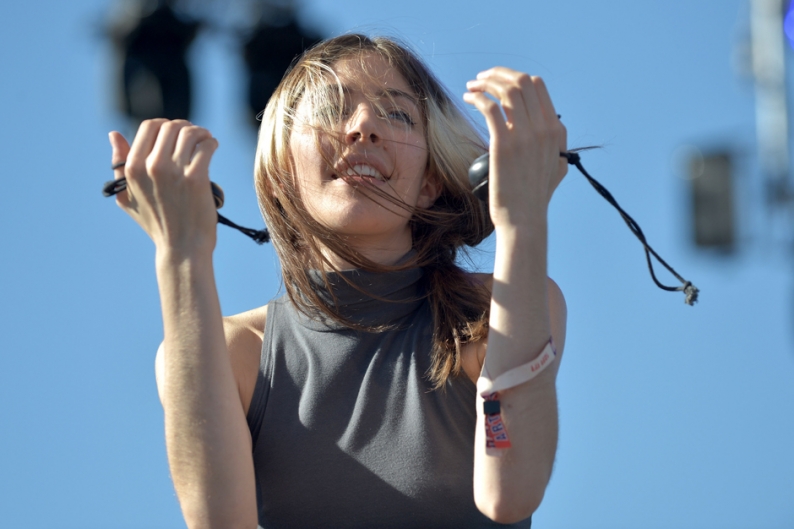 Chairlift’s Something has proved a bit of a divisive album. While some appreciate Caroline Polachek’s New Age-imbued mashup of Toni Braxton and Feist, others find her preoccupation with repping alienated Brooklyn disaffection (aka hipster ennui) to be a little tiring. Well, whether you loved it, hated it, or fell somewhere in the vast middle, here’s a chance to revisit and, perhaps, get a little closer to the core of what the New York duo is all about. Chairlift have released to SoundCloud a free five-song set of demos culled from their most recent LP called, appropriately enough, Something Demos. While most of the differences are subtle, these older versions sport a little more fuzz, some wilder breakdowns, and enough lyrical adjustments to make this EP an interesting tour. Also, it’s no Das Racist-meets-Chairlift Beyoncé cover, but Something bonus track “Grown Up Blues” is included in the roughed-up release, so, you know, word to the completists out there.