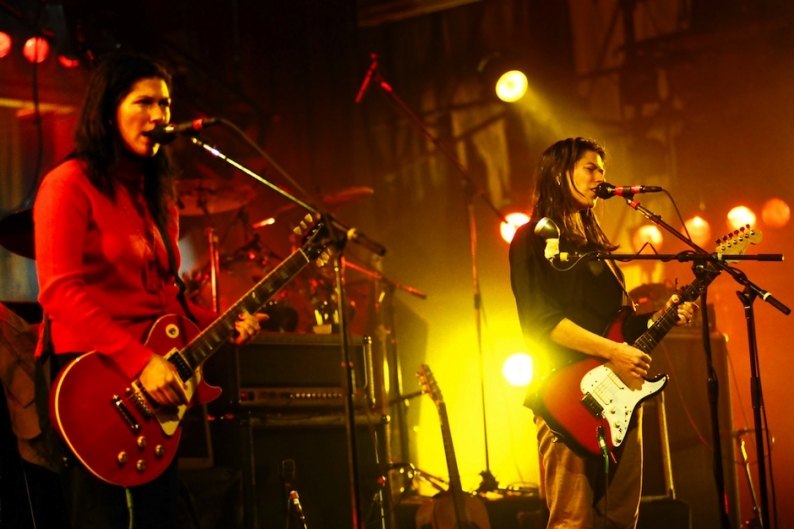 Deerhunter frontman Bradford Cox’s well-established love of the Breeders is finally going to pay off for the general population: He’s managed to reunite the lineup that recorded 1993’s Last Splash, SPIN’s No. 79 album of the past 25 years, to perform the record in full at next year’s All Tomorrow’s Parties, the festival has announced.

Deerhunter have booked the band for ATP’s June 21-23 weekend the Pontins Holiday Camp in Camber Sands, U.K. As previously reported, both Deerhunter and TV on the Radio are curating ATP lineups for the coming year, with TV on the Radio’s weekend set for May 21-23. Cox has long expounded on the greatness of the Deal twins’ band, as readers of the Deerhunter blog know well.

Kim Deal, Kelley Deal, Josephine Wiggs, and Jim Macpherson will come together for the gig as Last Splash marks its 20th anniversary. 4AD is set to release LSXX, a deluxe-edition version of the album, in April 2013.

Below, see Deerhunter performing with the Breeders’ Kim and Kelly Deal at a 2009 ATP concert. The song is “Bragging Party,” originally by another Deal sisters band, the Amps.