Big Boi Reunites With Little Dragon All Over the Place, But ‘Higher Res’ Stands Out 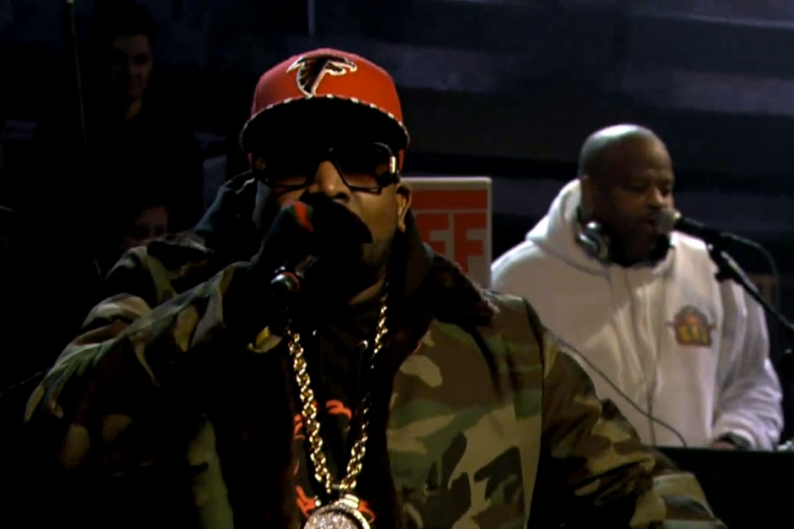 In an eventful weekend for Big Boi tracks that don’t technically appear on his upcoming album, the most striking will at least show up on a deluxe edition.

As the OutKast rapper gets set to release sophomore solo album Vicious Lies and Dangerous Rumors on December 11, he stopped by Late Night With Jimmy Fallon on Friday to perform bubbly synth-funk video selection “Mama Told Me” joined by R&B-smooth Swedish group Little Dragon, plus a scratch-happy DJ. Sporting an Atlanta Falcons cap, Big Boi added some silly album promotional references at the end, but overall the performance wasn’t unlike a live rendition with Little Dragon that was captured on video over the summer. Now, Big Boi has also shared a studio version of the collaboration, but the fact the picked Kelly Rowland to appear on the album and video versions robs some luster from the moment.

Little Dragon also guests on another noteworthy Big Boi track to surface over the weekend: deluxe-edition bonus song “Higher Res” (via SoulCulture). Media-averse, XL Recordings-signed British songwriter and producer Jai Paul — whose 2011 post-dubstep master stroke “BTSTU” lays the foundation for both Drake’s “Dreams Money Can Buy” and Beyoncé’s “End of Time” — makes a rare appearance here. Happily, “Higher Res” does more than just sample Paul’s only other release so far, the bass-rumbling “Jasmine.” Paul and Little Dragon’s Yukimi Nagano trade feathery vocals on a watery, futuristic alt-R&B track that’s redolent of both Arthur Russell’s avant-disco classics and more recent chillwave such as Rimar’s similarly titled “Higher Ground.” Big Boi darts in for a short, slippery verse, but the song belongs mostly to Paul. That might explain why it didn’t make the album proper, because it certainly wasn’t for lack of instantly ear-grabbing quality.