James Brown’s life was as deep and mythic as his celebrated groove. In the magisterial, rollicking biography The One: The Life and Music of James Brown, former SPIN staff writer RJ Smith goes further than anyone ever has in getting to the formidable, often contradictory essence of the Godfather of Soul. Rich with novelistic detail and revealing reporting, the book also serves as a history-text-in-disguise, using Brown’s story as a prism through which to view race, politics, Southern identity, and the music business. Like the man himself, The One encompasses multitudes, and it is SPIN’s pick for Best Music Book of 2012.

Read on for our conversation with Smith, as well as the rest of our choices for the year’s top music books.

Did you set out to assert or correct any specific notions about James Brown with The One?
I went in with a pretty clear knowledge that he intimidated lots of writers into either not going in certain directions or only telling part of what they saw, and I wanted to give a fuller picture and put in what Brown was good at keeping out. But I didn’t have a fleshed-out agenda of things I wanted to say.

Given that Brown was so strong-willed about controlling his image, was it hard to get those close to him to share information with you?
That was an ongoing thing. With his family, the problem is that it’s somewhat divided; different children and relatives are not all on the same page about what’s happening with the estate and who’s getting different amounts of money. More or less, there’s one spokesperson for the children, his daughter Deanna, and the rest of the kids defer to her. But Tomi Rae, his last wife, was definitely helpful and very talkative and a very important person for me to speak to. It’s funny: My assumption was that there would be racial issues, because he’s such an icon and a powerful embodiment of blackness. I thought that would be an issue approaching people who didn’t know me. But by far the biggest issue was the Southern thing, which wasn’t about being black or white. It was about going to Augusta, Georgia, or towns in South Carolina, and people who didn’t know me, white or black, not being inclined to speak. I had to go back a few times, and every time I’d go back to a town, people would be a little more likely to talk, and finally they’d sit down, and the third time we’d talk they really started saying interesting stuff. It was a “You’re not from around here” vibe that took time to overcome. 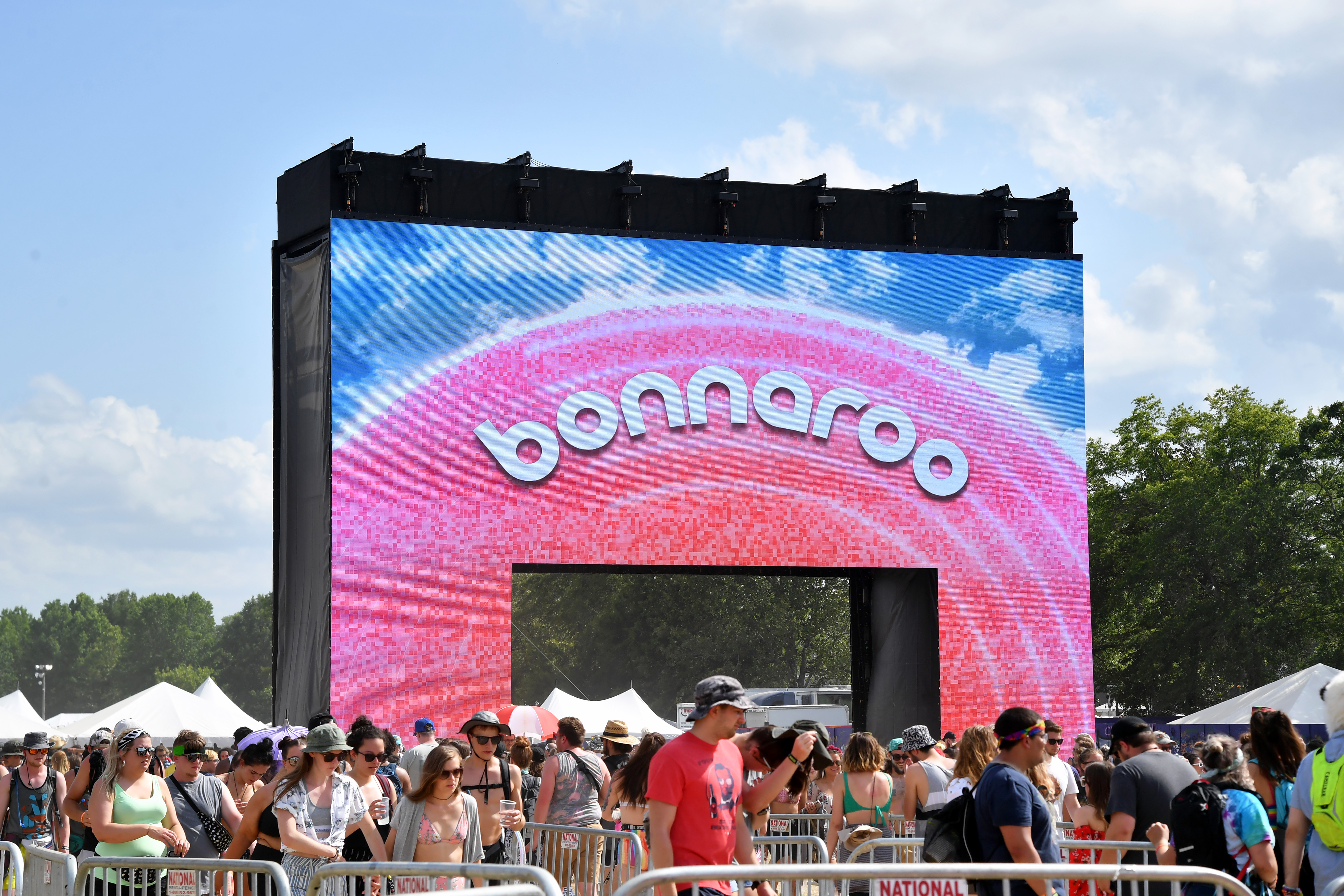 We think of Brown as this almost archetypal American figure. Were you surprised by how central his specifically Southern background was to his identity?
Here’s a guy who was born and died within a half-hour drive of the same spot. He lived a lot of his life within 45 minutes or an hour of the place he was born [in Barnwell, South Carolina]. So the region meant a huge amount to him, and I really had to go there and read a hell of a lot to even begin to understand what it meant to him and means to people there now. I had no idea of the tradition of a very particular kind of violence in South Carolina and Georgia that touched him and touched other people from that region — like Strom Thurmond. There’s a number of really amazing, interesting books and essays and crazy renegade accounts of eye-gougings and street-corner wrestling brawls and duels. Violence touched the lives of anybody who grew up in Brown’s area.

Speaking of Strom Thurmond, Brown had a lot of friends that, at first glance, seem unlikely. What does his relationship with people like Thurmond and Richard Nixon say about who he was?
He’s such an amazingly contradictory, five-dimensional figure. Anything you can say about him, you can find the opposite in his story. With his politics, he can be almost a black nationalist and at the same critical of the Black Panthers, and go from endorsing Hubert Humphrey to endorsing Nixon and being friends with Strom Thurmond. I think he really gravitated toward powerful father figures. I’ve heard people describe Nixon as a father figure to him, which is fascinating. He was brilliant at finding people to share stuff with him. He could plot out what he didn’t have that he wanted in a talent and career sense and find the people who could share that knowledge with him. It didn’t matter where they came from or how they talked. He would find a way to bond with them and have this amazing symbiosis. 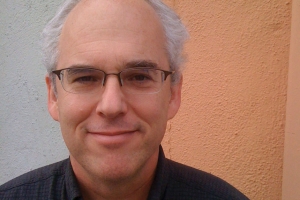 Brown comes off as so demanding with his family and his musicians. Was there a lighter side to him that he kept hidden?
He had a whimsical way of looking at things. I’m told he could be a funny guy; like when he was going for a night on the town in Cincinnati back in the ’60s, when he was Mr. King Records, he could be really fun and entertaining. I think he didn’t always feel comfortable sharing that with people. What he wanted people to know about him was that he was this force of nature, this unstoppable, titanic, monstrous force. I can’t imagine him doing anything that would make fun of his image of being this super-bull. He couldn’t relinquish control of his story.

And then he ends up towards the end of his life seeming completely out of control with drug problems and domestic violence.
When the substance abuse and the violence got really out of control and hit the press, and then he went to jail, all that stuff was awful for everyone involved. But for him, there was the extra layer of true shame he must have felt because he was really not proud of that behavior. He did it, but he also felt violated and humiliated to see all the stuff in the press that presented him in a way that was accurate, but had nothing to do with the image of this iconic, role-model figure.

Was distinguishing between James Brown the artist and James Brown the tabloid figure your biggest challenge?
By far the biggest challenge was how much of the darker stuff and the tabloid stuff I needed to put in the book to represent him accurately, and how much of that would make a reader say, “Why do I want to read more about this guy?” or “This guy’s just a violent, awful human being. I don’t care about James Brown now.” One thing that’s amazing in writing about James Brown is that everybody who knew him saw different sides. There are so many characteristic stories to illustrate the themes of violence in his life or the themes of loneliness. It was a lucky challenge to have so many stories to work with. But I wrestled with trying to get the right formula where you present him as he was, but also help the reader understand that he was a great American figure and somebody we should care about.

The book discusses Brown’s huge influence on funk, soul, R&B, rock, and hip-hop. Was it your intention to have people think about his legacy through those different frameworks?
Definitely musical frameworks, and beyond that, other cultural frameworks. I really started with the idea that I wanted to write a book about a great American artist, and beyond that, a great American — great in a way that means powerful and transforming of the country, not great in the narrow, positive meaning of the word. I wanted to write this book about someone who shaped our lives, whether you love hip-hop or funk or you don’t. He’s still a big factor in our lives, and I wanted to make that case.

With a subject like that, what was the key to not writing some sprawling, endless tome? The book feels nicely tight at 400 pages.
When you’re done with a draft of it, I try to go back and read it as a reader and read it out loud. When I start to repeat myself or when I’m making the same point a second or third time, then I’m aware I’m losing myself as a reader, so I’ll try to weed those out. Robert Gordon wrote a really great biography of Muddy Waters [Can’t Be Satisfied: The Life and Times of Muddy Waters], and he did this funny, cool thing where at the end of the book, he ran a bunch of the stories that either his editor didn’t want or that underscored certain points a second or third time. They’re just really great stories. It works. It’s the pre-director’s cut version.

Can you share a story that was tough for you to cut?
Once the police came to Brown’s door in South Carolina in, I wanna say, the early ’90s. When he finally answered the door, he was completely naked except for an American flag. He grabbed the American flag from inside the house and he wrapped it around himself the way you or I might grab our robe. I love that image. You could start a movie about his life there — or end it.

1. RJ Smith – The One: The Life and Times of James Brown (Gotham)

6. Peter Criss – Makeup to Breakup: My Life In and Out of KISS (Scribner)

9. Bob Gluck – You’ll Know When You Get There: Herbie Hancock and the Mwandishi Band (University of Chicago Press)

10. Preston Lauterbach – The Chitlin’ Circuit and the Road to Rock’n’Roll (W.W. Norton & Company)