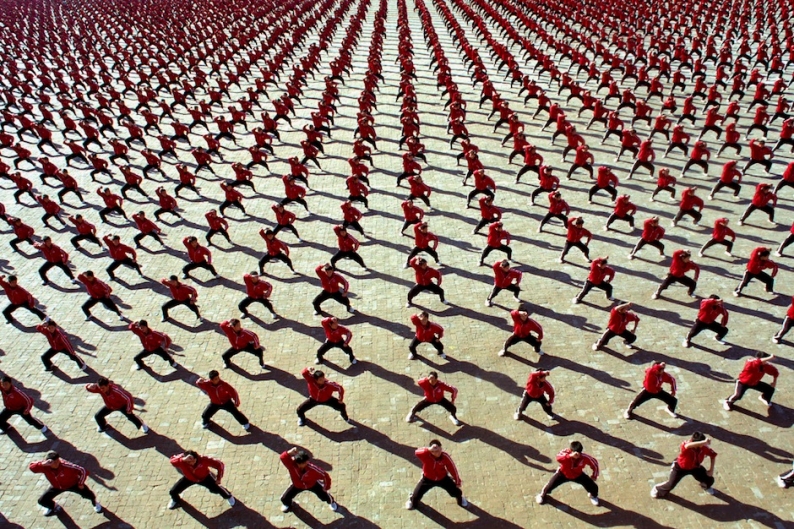 Adam Yauch died in May at age 47, but the film distribution company he co-founded, Oscilloscope Laboratories, still proudly carries his stamp. Rolling Stone has taken a look at Oscillope’s recent projects, such as surreal New Orleans documentary Tchoupitoulas and Buddhist-themed, world-spanning documentary Samsara, which reflect Yauch’s multifarious passions. Among the films on Oscilloscope’s U.S. release slate for 2013 are It’s a Disaster, a dark comedy starring David Cross and America Ferrara, along with Reality, this year’s Grand Prix winner at Cannes.

Bill Ross, who directed Tchoupitoulas with his brother Turner, told Rolling Stone that Yauch patterned his company after a beloved indie music label. As Ross is quoted as saying, “Regardless of the film or the story, you trusted that when you saw that logo, you were going to watch it.” When Ross learned he’d be working with Oscilloscope, he reportedly flashed back to a New Orleans-linked line from the Beastie Boys’ “Shake Your Rump”: “Got arrested at the Mardi Gras for jumping on a float / My man MCA’s got a beard like a billy goat.”

Samsara producer Mark Magidson confirmed to Rolling Stone that Oscilloscope has had a rough 12 months, not only because of Yauch’s death after suffering from cancer, but also due to co-founder David Fenkel’s departure in August. But he’s quoted as saying the company has risen to the occasion. Oscilloscope opened its doors in 2008 and has distributed a number of films, among them Banksy documentary Exit Through the Gift Shop, LCD Soundsystem documentary Shut Up and Play the Hits, and punk-fatherhood documentary The Other F Word.

Dan Berger, who co-heads Oscilloscope with David Laub, told RS the adversity of 2012 “has really just served to make us all closer, more dedicated, and frankly more responsible to ensure that Adam’s legacy remains strong partly through the work we do.” Beastie Boys fans are counting on it.