Atoms for Peace Hide ‘What the Eyeballs Did’ Download on Site 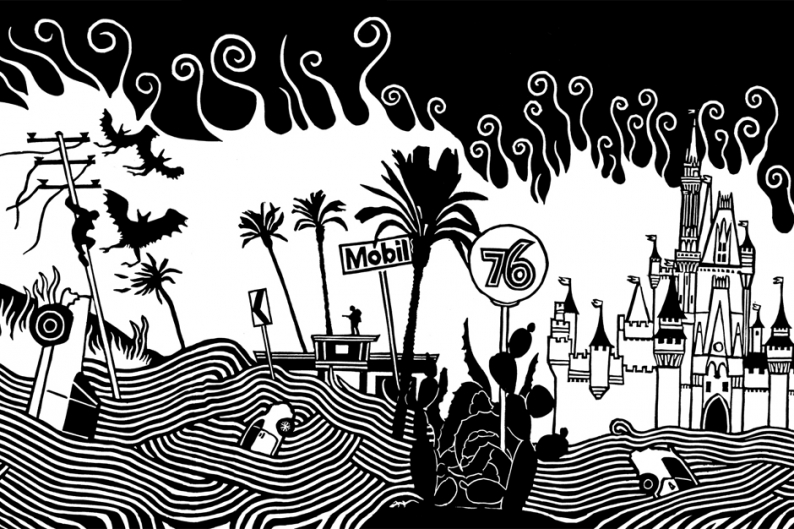 Yesterday, we shared the news that Thom Yorke’s Atoms for Peace had at last confirmed the details of their debut album, Amok, due February 26 via XL. Along with the cover and track list, we shared a note from the Radiohead leader himself, in which he wrote, “We put something new on the website for you to stare at etc for a while.” Fans would’ve been wise to take the bait.

An Easter egg is hidden within the Stanley Donwood artwork found on atomsforpeace.info. Scroll right and you’ll discover those massive meteors aren’t just falling into the sea; they’re raining down on Los Angeles. And somewhere within that terrifying tableau is a link to download Amok B-side, “What the Eyeballs Did.”

We wrote about the punishing, sidewinding song in early November, but the clip we shared has since been pulled. Now, thanks to a tip from premier Radiohead fan site At Ease Web, you can not only hear the song, but own it for free. We’ll give away the location on the next page, but for those looking for a mere hint, and those who know their L.A. landmarks: “Going somewhere?”

SPOILER ALERT: Do not read further if you want to find the Easter egg on your own.