They can (and did) work it out 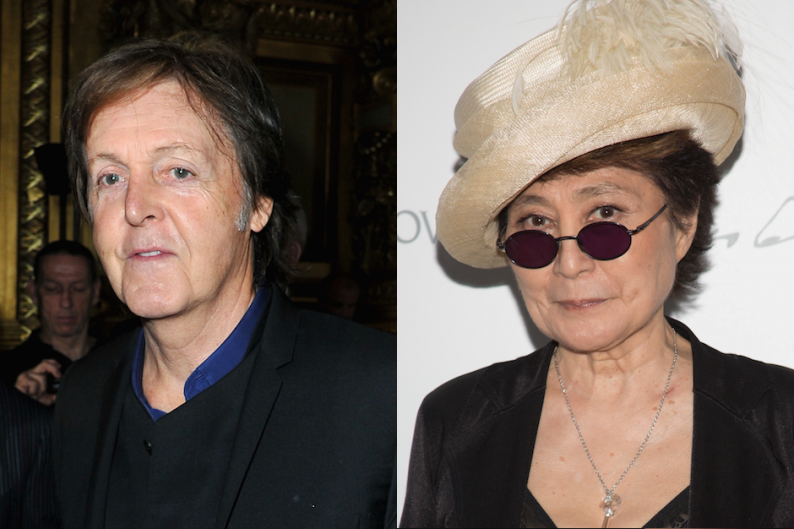 As a culture, we have a way of absorbing easy-to-remember “facts” that just aren’t so. Christopher Columbus discovered America. George Washington could not tell a lie. Al Gore claimed he invented the Internet, and this was funny for some reason. Rod Stewart had to have his stomach pumped after servicing a bar full of sailors. At a certain point, each of these myths becomes so deeply engrained that debunking them only reinforces their status as somehow beyond fact, beyond debunking.

Yoko Ono breaking up the Beatles belongs to this category. There’s been no reason for decades for serious fans to hold her responsible for splitting up the Fab Four, but for a variety of reasons we’re better off not trying to examine, the narrative of the female Japanese avant-garde artist who disrupts her husband’s band has become so established The Simpsons parodied it. And yet just last month, Paul McCartney finally offered his on-again, off-again post-Beatles rival an olive branch, saying in a rare in-depth interview that Ono “certainly didn’t break up the group.”

Ono addressed the comments in an interview published over the weekend by the Observer. Not surprisingly, she mixed gratitude to McCartney with the basic point that her lack of culpability in the Beatles split should already have been common knowledge. “I thought people knew that I was not responsible, but surprisingly, many people still felt that,” Ono is quoted as saying. “He was very brave. So I’d like to say ‘Thank you, Paul. I love you, we love you.'” And with a love like that, you know Paul should be glad.