Thom Yorke Assures Atoms for Peace’s Album Will Have ‘Songs’

"It was about trying to get interesting grooves," the Radiohead frontman said. "But there are still songs here." 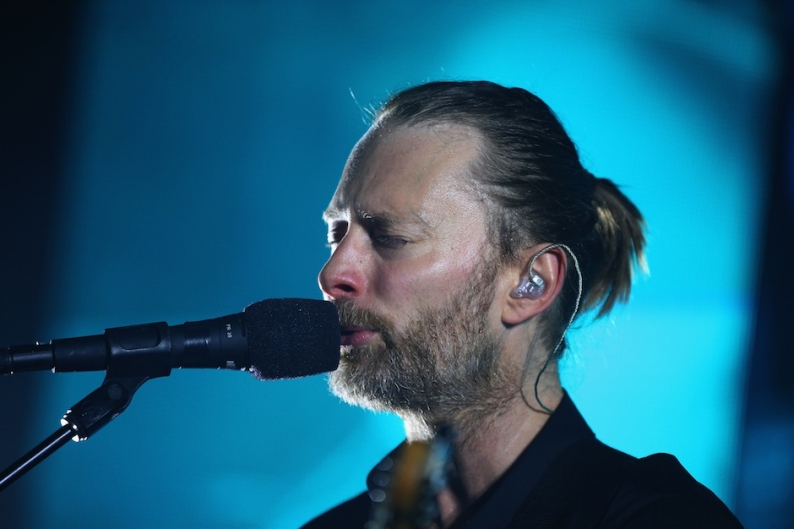 When Atoms for Peace came together in the studio in Los Angeles, they had no songs. They came out with “a fucking mountain.” And though the group of Thom Yorke, Radiohead co-producer Nigel Godrich, Red Hot Chili Peppers bassist Flea, and drummer Joey Waronker was focused on “trying to get interesting grooves,” fear not, because “there are still songs here.” That’s according to a new Yorke interview with Rolling Stone.

Yorke described playing constantly from noon to 10 p.m., though it wasn’t all hard work. “When we first hung out, we were at Flea’s house,” he’s quoted as saying. “We got wasted, played pool and listened to Fela Kuti all night. It was that idea of trance-ing out.”

Godrich, in the same interview, doubled down on the talk of actual songs. “They are songs,” he’s quoted as saying. Still, he noted that Atoms’ music is a middle ground between Yorke’s desire to make a dance record and audiences’ demand for vocals. And be warned, we’re not exactly talking “My Favorite Things” or “This Land Is Your Land” here: Yorke reportedly acknowledged he’d “love to be a storyteller. But I can’t do it.” (Have some confidence, Thom, The Eraser told a bunch of stories!)

Rolling Stone also has the full track list for Atoms for Peace’s upcoming debut album, AMOK, arriving in 2013 via XL. Bear in mind, it differs slightly from the alphabetical list that emerged alongside “What the Eyeballs Did,” the B-side for new Atoms single “Default.” Check that out below.

Meanwhile, Radiohead fans might want to know that an eBay user claims to be selling old cassette demos for a price of, gulp, $50,000, as Stereogum points out. The demos date back to the days when Radiohead called themselves On a Friday. The catch is, the audio from the demos is already floating around for free download. Soundgarden and Rihanna’s lavishly priced deluxe editions of their new albums are seeming like better and better investments with each passing day.