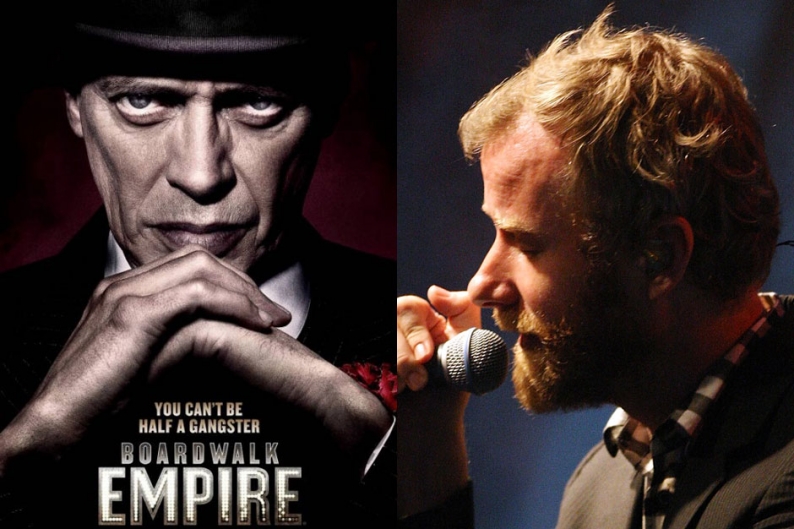 HBO series Boardwalk Empire’s third season will come to a close in two weeks, and last night the National’s Matt Berninger helped put episode 10 to bed with an end-credits cover of Prohibition-era standard “I’ll See You in My Dreams.” The song was originally recorded in 1925 by Isham Jones and the Ray Miller Orchestra, and the update, featuring accompaniment by Vince Giordano and the Nighthawks, stays faithful to its original old-timey charm. Like the seedy gangster dealings that undermined the temperance movement, Berninger’s gloomy baritone contrasts the tune’s sad but optimistic lyrics: “I’ll see you in my dreams / Hold you in my dreams / Someone took you out of my arms / Still I feel the thrill of your charms.”

Boardwalk’s music supervisor hit the nail on the head with this one (as usual); without spoiling the ending, the hopeful, funereal lullaby captures exactly where “A Man, A Plan…” leaves us with just two episodes left this season — resigned to finding peace the only place it’s guaranteed, in darkness.

Update: The song will appear on Boardwalk Empire Volume 2 official soundtrack, out September 3 via ABKCO, alongside contributions from St. Vincent, Elvis Costello, Rufus Wainwright, Neko Case, Patti Smith, and many others.