All over the country, soldiers who are suffering from the physical and emotional ravages of war are learning to deal with their pain by writing songs and playing music. Even more surprising: It's working. 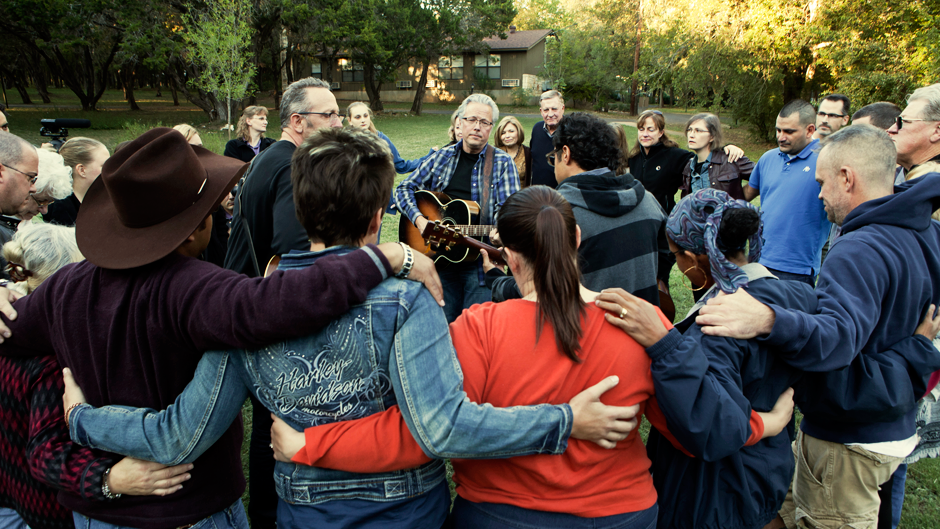 For a long time, post-traumatic stress disorder was not something soldiers admitted to and certainly not something they talked about. PTSD, which in previous eras was called “shell shock,” “soldier’s heart,” and “combat fatigue,” can manifest itself with a broad range of symptoms, including flashbacks, nightmares, insomnia, memory loss, severe depression, anxiety, and sudden angry outbursts. Obregon, a friendly 38 year old with a broad torso and dark hair who joined the army at 19, figures he’s been suffering from PTSD for the better part of ten years. He first saw action in Bosnia in 1997, and since then has had four deployments in Iraq plus one in Korea.

“I came in the army when you didn’t go to sick call,” he told me, while we sat on a picnic bench outside the lodge one afternoon. “You never admitted you needed help. You just dealt with it and moved on. The old adage was, ‘The thinner your medical records, the better soldier you were.’ Because you toughed it out. So for ten years, that’s all I’ve been doing.”

But after returning home from his last deployment to Iraq in 2011, he hit a breaking point. He was angry all the time and drinking heavily.

“Leaving the house was a chore,” he says. “I wasn’t able to get through my daughter’s soccer games without rushing home to have a drink and be left alone. I would break down and have these anxiety attacks. I’d get physically ill. So I just quit leaving the house. I was closing down inside.” One night, he had what he describes as a “bad blowup.”

“I don’t remember what happened,” says Obregon. “I don’t know how the situation escalated, but it got to the point where it was either get help or lose my family.” 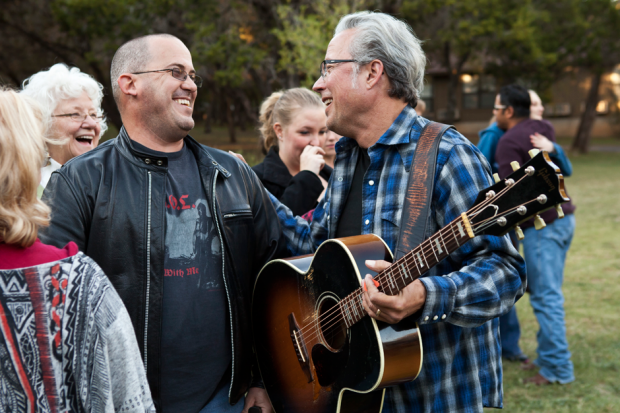 When soldiers return home from war, the military requires them to undergo a series of health assessments and reassessments, and for the first time, Obregon resolved to truthfully answer the questions about his mental health. He was diagnosed with PTSD, and since then, the combination of therapy and prescribed medications has improved his condition considerably. He also preaches to the soldiers he commands about PTSD, and says he has begun to see a change in the military’s attitude toward it.

“This generation of soldiers and the senior leadership has started to roll over,” he says, “so these guys know what we’re dealing with.” 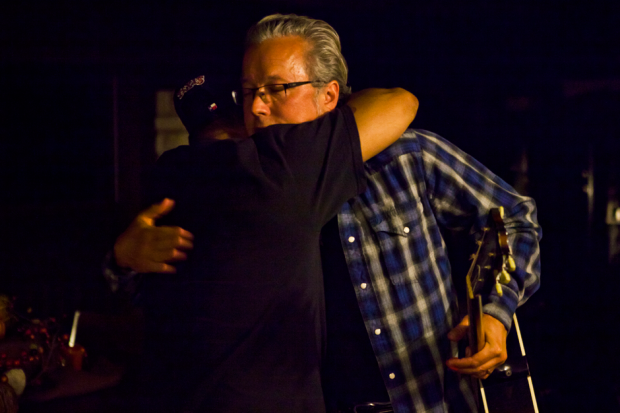 Statistics on PTSD within the military are generally unreliable because they are based largely on self-reporting, but estimates are that anywhere from 5 percent to 35 percent of soldiers returning from Iraq and Afghanistan are suffering from it. Even at the low end, that’s pretty disturbing when you consider that more than two million service members have been deployed to combat zones since 2001. Additionally, as of late 2011, more than 115,000 soldiers have suffered a traumatic brain injury, or TBI, which can cause serious physical, cognitive, social, and emotional problems.

The human toll of this is beyond disturbing. At least 2,600 service members have taken their own lives since 2001. To its credit, the military has improved its screening and treatment of both PTSD and TBI, but the suicide rate among service members remains shockingly high — depending on whose stats you believe, anywhere from 60-140 percent higher than the civilian rate. This year, the rate is on pace to be the worst in history: If the current trend line holds, more soldiers and Marines will die in 2012 by their own hand than in combat. The statistics for veterans are even more sobering: According to one study, a military veteran takes his own life in this country once every 80 minutes.

Over the past few years, music-therapy programs and songwriting workshops have started up around the country as a way for returning soldiers to share their experiences, process them, and maybe even find a measure of solace. These programs are hardly some magical cure-all, but their effectiveness is not imaginary. Rebecca Vaudreuil, a neurologic music therapist who runs a program for both veterans and active-duty service members out of the Naval Medical Center in San Diego, says music is particularly useful in treating PTSD and TBI.

“A lot times people can sing about something they can’t talk about,” she says. “If it’s going to be in a song, people can put into words things they wouldn’t necessarily just say to someone. These men and women don’t want to be stigmatized for stuff they’ve been through. A lot of them want to re-deploy and they feel like if they’re telling their clinical psychologist what they’re experiencing, they’re going to be put into this box of ‘not fit for duty.'”

On a neurological level, she continues, “Music helps with neuroplasticity. So if there are damaged areas of the brain, music is more able to reroute neural pathways, as opposed to regular speech alone.”

What this means in practice is that soldiers struggling to remember common facts of life — how to make a bowl of pasta, their own phone number, their friends’ names — can improve their memory using music. Soldiers who are prone to irrational fits of rage can learn to take time to process their emotions instead of simply reacting. Karen Vandiver, a psychotherapist in the Austin area who was part of the support staff at Smith’s Songwriting With: Soldiers retreat, says that the emotional and psychological benefits of music are the equivalent of “finding your voice.”

“It has the capacity to do what therapy does,” she says. “People can gain insight, they can get healing and closure. Music is a way to capture the beauty that comes from the horror, and then carry it with you like a tune in your head.”