How did people react to the lyrics at the time?
Morello: After our second show ever, we had record-company interest in the band. So these executives were coming down to our grimy studio in the San Fernando Valley. We played for Atlantic Records, I think, and we finished with “Killing in the Name,” which is just a bowdlerizing, “Fuck you, I won’t do what you tell me,” and these guys are just pinned to the wall. I remember one of the executives squeaking after the song was done, “So is that the direction you’re heading in?” [Laughs]

How did your guitar solo evolve on the song? The one on the demo that’s coming with the reissue is like a…
Morello: Blues-rock solo? Well I had just gotten that DigiTech Whammy pedal and was exploring it. It was a harmonizer in a pedal, controlled in the same way as a wah-wah pedal. In a lot of those early songs, I was trying to approximate Dr. Dre’s production or Cypress Hill or the Bomb Squad, Terminator X stuff. And that provided the high-pitch wailing of some of that music. So I know I went hog-wild on a number of songs, one of them being “Killing in the Name.” 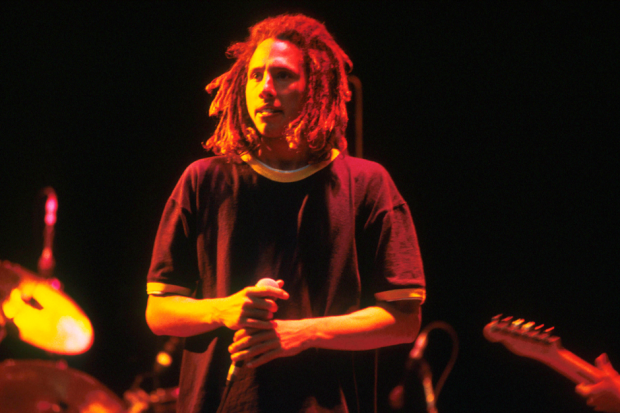 Before signing on to the project, what was your impression of the song?
GGGarth Richardson, producer: I was actually shocked. I thought it was an anthem. From way back then until now, every kid still feels the actual same way. Every kid hates their parents when they’re 16, 17 years old.

How did the recording sessions for the record go?
Morello: From the very first shows, the music always felt alive and powerful. We went into the studio to record, we were having a very difficult time capturing that. The way we turned the corner was one night we invited a bunch of friends into the studio and basically just played the set. So it was like a show, rather than, “Now we’re going to record the hi-hat.” We got about half of the basic tracks on the record that night. It sounded like Rage Against the Machine. It took a long time to finish that record from my recollection.
Richardson: I remember when we were done with “Killing in the Name,” and we played it back, we all smiled and went, “Holy shit. It’s real.” 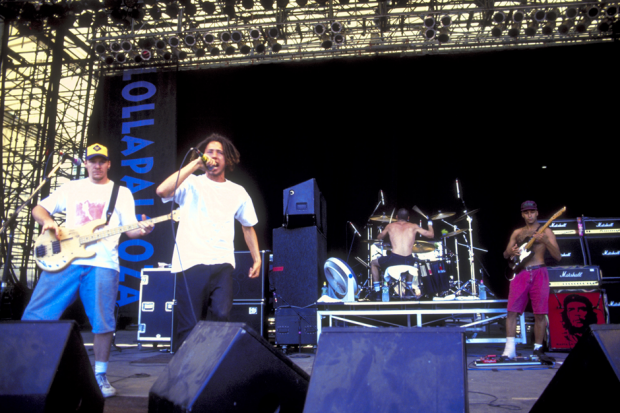 Did the label ask that the song be censored at all?
Morello: There was a musical discussion. My memory is that they thought the part where the song kind of stops, that that stopped the flow of an otherwise rampaging rhino of a song. And we disagreed.
Richardson: Their A&R guy Michael Goldstone called me up. He wanted us to cut the song down in half. I was on the phone with him and he said, “Hey guys, he wants those out.” And they went, “Fuck you.” And then Michael said, “Fuck you,” and they said, “Fuck you,” and there was this huge war happening. So I said, “Michael, the part has to stay in. It’s a great part.” And he fought us on it. But you know what? He lost, which was really good.
Morello: Before Michael Goldstone is disparaged as some sort of a record-company shill, trying to commercialize the band: He’s the one that suggested that be the first single without editing it for lyrical content. We were all like, “Really, you want the first single to be the one that says, ‘Fuck you, I won’t do what you tell me,’ 16 times, plus a ‘motherfucker’?” And he said, “Yes.” We were like, “All right!”

Who made the video for the song?
Morello: It was shot by another one of my guitar students. It was made for, I think, literally $500. That video became a sensation across the European continent, in part because you could hear all the lyrics to it. So while we were in the United States, opening up clubs for House of Pain, we had become this huge teen phenomenon in the U.K.

Do any of the shows from the video shoot at the Whisky and the Club With No Name stand out?
Morello: I think at the Whisky, we might have been an opening band, but the place was just packed and some people knew the songs from a couple shows. It just felt like the chemistry that the four of us had was something that I had never been around before, and we were having these big shows beginning with our second concert. At the time, there were bands like Jane’s Addiction and Nirvana and Soundgarden, but none of them were of mixed ethnicity. And none of them had the radical politics of Rage Against the Machine. And none of them combined what were at the time warring genres of music. Now everybody’s got Lil Wayne and Sepultura in their iPod. That was not the case in 1991. And so imagine our surprise when this band that combined punk, hip-hop, and hard-rock music, everybody came after the first couple shows. It was crazy.

You burned an American flag while playing the song during Woodstock ’99. How far in advance had you planned that?
Morello: Well, that’s something that Timmy had planned for that song and we did not know about. The idea of it is certainly one that falls within the framework of Rage Against the Machine’s politics, but the head-numbing, intoxicating smell of the lighter fluid that the flag had been drenched with throughout the entire show was making the band woozy, and we’re like, “What’s going on? Did someone open a vat of glue or something?” In particular, Brad was getting ready to pass out. We didn’t know the source of it until Timmy’s surprise came at the end. No one was more surprised than us. Made for some good photos.

After Rage Against the Machine broke up, you continued playing parts of the song in Audioslave. How did that go over?
Morello: Audioslave concerts were very fun to play, but when we would bust out those Rage riffs, it was a reminder of the reptilian strength of Rage Against the Machine. People were enjoying the concerts and going wild, and then we’d drop the “Killing in the Name” riff and places would become unhinged.