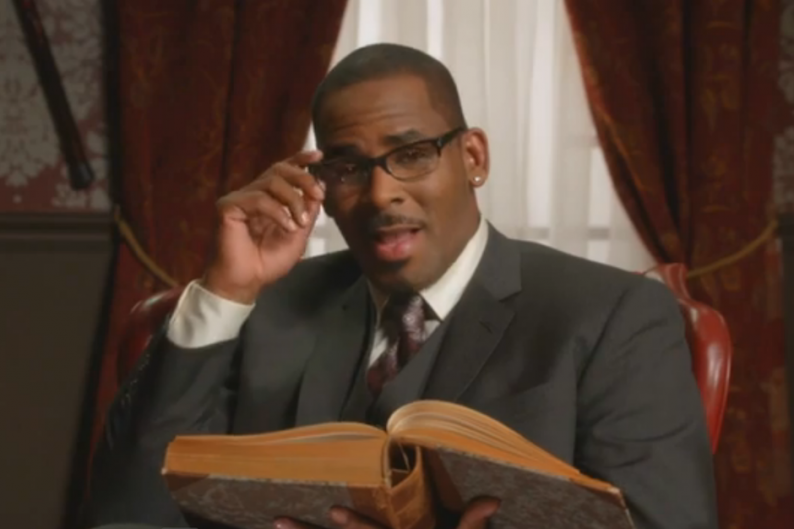 R. Kelly has always divided his epic R&B soap opera Trapped in the Closet into chapters, so now he’s taking the natural next step. As Vulture points out, the singer and songwriter told Fast Company’s Co.Create he’s working on turning Trapped in the Closet into a book. The book will be the same one shown in an infomercial in the latest installments of Kelly’s “hip-hopera,” and it’s something of a prequel.

“I know where Chuck was before he met Rufus,” Kells says, referring to two of his saga’s many, many characters. “I know what happened with Bridget and the midget and everybody else’s situation … so I feel like it’s time to introduce them to these people before what they saw … You’ll get to find out a lot of things you don’t know, or that you can’t know, unless you read the book or unless I tell you — so I decided to do a book on it.”

Trapped in the Closet is fast becoming a multi-multimedia project. Kelly, whose mostly excellent 2012 album Write Me Back should not be overlooked, already has another 85 episodes in the works and is in talks for a Broadway production, the singer and songwriter revealed at a recent New York premiere of the latest chapters.

Speaking of those chapters, they aired on IFC last week, and their next broadcast is scheduled for December 15. In the meantime, IFC has been posting new chapters online one by one: “Chapter 23″ hit the Internet a little more than a month ago, and now they’ve worked their way up to “Chapter 28.” Get caught up here.