Such Great Heights: The Postal Service’s ‘Give Up’ Goes Platinum

The album is Sub Pop's second million-seller after Nirvana's 'Bleach' 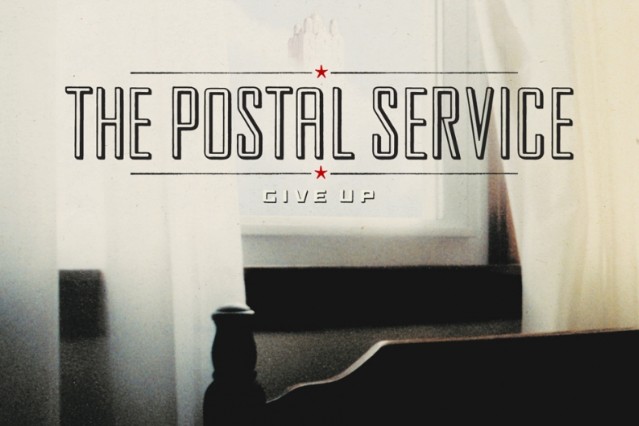 Just shy of its tenth anniversary, the Postal Service’s outstanding electronic pop opus Give Up has gone platinum. Of course, we always knew that Ben Gibbard and Dntel’s pretty much perfect collaboration was destined for such great heights even if it took awhile to get there.

Sub Pop, who released the one-off in 2003, was decidedly aw-shucks in their announcement, however, explaining that after Nirvana’s Bleach, Give Up is the indie’s second million-selling album ever. Guess they should’ve grabbed that Taylor Swift when they had the chance.

Here’s the blushing label on their victory, and the video for “Such Great Heights” after that.

“We at Seattle’s Sub Pop Records feel a profound sense of self-satisfaction in announcing that The Postal Service’s universally acclaimed 2003 album, Give Up, is now a certified platinum record. It is only our second ever; please forgive us for the excitement. Released on February 9, 2003, the landmark album, led by the single “Such Great Heights,” peaked at #114 on the Billboard Top 200 Chart and has sold 1,067, 087 copies in the US to date. After Nirvana’s Bleach, Give Up is the second-biggest selling album in Sub Pop’s 24-year history … We’re exceedingly proud of our association with The Postal Service and Give Up is a true high point in Sub Pop’s catalog (and admittedly somewhat checkered past).”