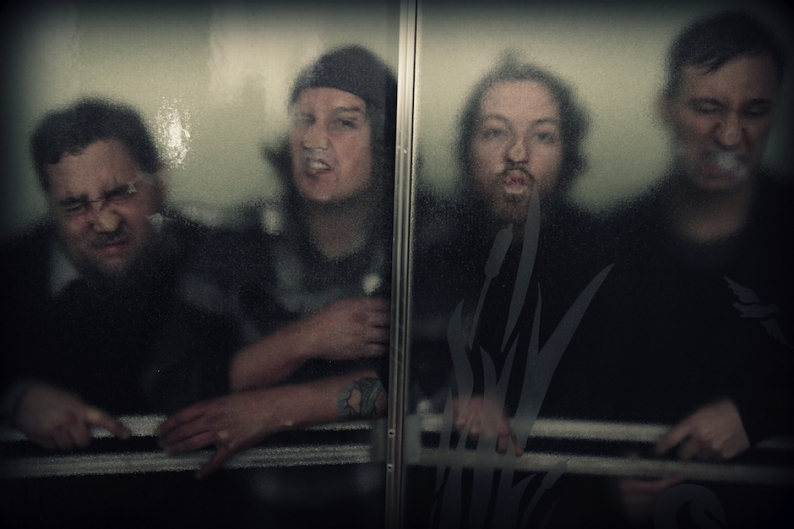 The cover of Pissed Jeans’ searing 2009 album, King of Jeans, depicted a bare male arm. To judge by the newly unveiled art for their upcoming follow-up, Honeys, the Pennsylvania noise-mongers have fallen down the stairs since then. While wearing a tie and a professional-looking shirt that’s a Frank Ocean shade of orange. Somehow an orange-and-black turtle is involved, in a fish bowl.

SPIN’s David Bevan already broke the news that Pissed Jeans’ fourth full-length will be out in February 2013. We’ve also heard a rambunctious, gig-ready cut from the record, “Bathroom Laughter.” Now Sub Pop has revealed Honeys’ full track list, release date, and cover art. The label also says Pissed Jeans recorded the album with producer Alex Newport, a Grammy nominee who has worked with Bloc Party, Death Cab for Cutie, and At the Drive-In, among others.

Pissed Jeans frontman Matt Korvette, an insurance claims adjustor who also contributes to SPIN’s Rack City fashion blog, told us getting older influenced the album’s themes, but don’t think that means these guys are getting any mellower. “I think we’ve certainly moved further into adulthood and more responsibilities,” he said. “We all have families of our own at this point, and generally just feel less like wild and immature kids and more like adults, which is a pretty horrifying prospect in a lot of ways. Along with that, I think we’ve all become more loving people, maybe? There’s less teenage/post-teenage angst in our lives. Now it’s all adult angst.” 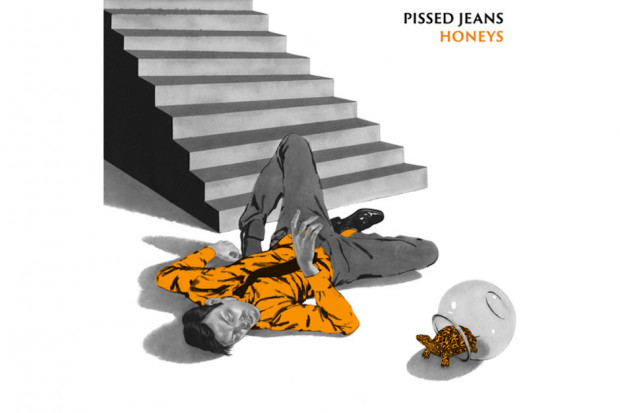