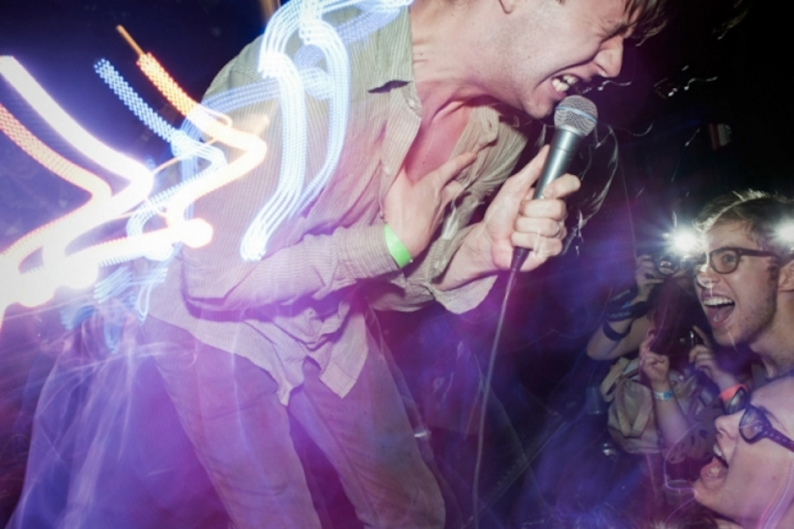 Last week, SPIN reported that Pissed Jeans will be back with a new album, Honeys, in February via Sub Pop. The Pennsylvania post-hardcore maniacs’ frontman (and SPIN style blog contributor) Matt Korvette told us they “wanted to write a record that was all songs we’d want to play live, songs that people would remember and want to hear us play live.” Now Pitchfork has posted the first track from the album, “Bathroom Laughter,” which, based on the frenetically yowled lyrics, could’ve just as easily been titled “Kitchen Crying” or “Hallway Screaming.” It’s a gnarled ball of pent-up potency reminiscent of fellow Philly fanatics Clockcleaner or sadly defunct Welsh synapse-wreckers Mclusky. You will want to hear this live and buy a round of shots.