"Being hurtful to anyone is simply not who we are." 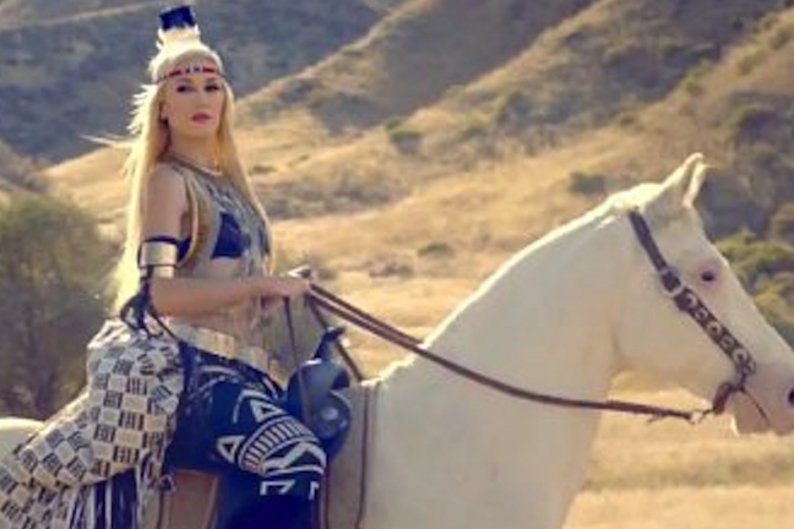 Late yesterday, No Doubt released their official video for Push and Shove’s “Looking Hot,” which featured a variety of Native American imagery: a teepee, smoke signals, traditional clothing including feathers and headresses. As the always culturally sensitive Perez Hilton put it, “Gwen Stefani and the rest of her gang have just dropped their latest ska-tastic video, which features an arousing games of Cowboys and Indians Native Americans!”

Perhaps that response — coupled with concerns expressed in YouTube comments posted by users bothered by the clip — have prompted the band to remove the video and issue a formal apology. In a post titled “In Regards to Our ‘Looking Hot’ Music Music” on their official website, No Doubt write:

“As a multi-racial band our foundation is built upon both diversity and consideration for other cultures. Our intention with our new video was never to offend, hurt or trivialize Native American people, their culture or their history. Although we consulted with Native American friends and Native American studies experts at the University of California, we realize now that we have offended people. This is of great concern to us and we are removing the video immediately. The music that inspired us when we started the band, and the community of friends, family, and fans that surrounds us was built upon respect, unity and inclusiveness. We sincerely apologize to the Native American community and anyone else offended by this video. Being hurtful to anyone is simply not who we are. – No Doubt”

The band’s forums have lit up with discussion about the imagery since the video arrived Friday evening. In a thread called “No Doubt is not ‘Looking Hot’ by mocking American Indian culture,” a fan named Margaret “Emmy” Scott writes, “The media imagery of our people does affect minds and attitudes not just of the predominant culture’s view of us but the self-esteem of our own young people. …We are not a trend and we are not a fashion statement. We are human beings, we are nations, and we deserve respect.” In another discussion called “Appropriating Native American culture…”, a fan called Hot Track explains, “The backlash stems from taking the Native American culture/clothing/etc. and making it something sexy/fashionable.”

The video was directed by Melina Matsoukas, who has previously helmed clips for Rihanna and Beyoncé. Yesterday, she tweeted a link to the vid’s YouTube with, “new winork. taking it back to the wild wild west. NO DOUBT! #lookinghot.” Matsoukas’ videos are no stranger to controversy: two of her previous Rihanna projects have been accused of ripping off other artists’ work. One of those cases escalated to a lawsuit when photographer David LaChapelle sued Rihanna over images in her “S&M” vid.