"I did a freestyle, then I got a shout out from Obammer." 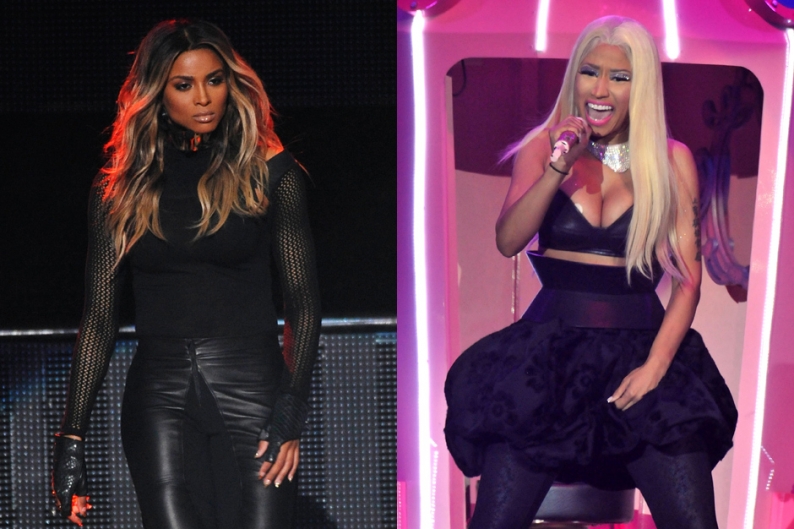 Jay-Z may be the president’s BFF, but the Young Money crew knows better than most how to exploit Barack Obama’s occasional acknowledgement of their existence. For the trailer to his recent Dedication 4, Lil Wayne sampled an out-of-context POTUS saying, “Maybe you are the next Lil Wayne, but probably not,” and Nicki Minaj racked up countless headlines for her mention of Mitt Romney on that same mixtape. Naturally, the attention increased tenfold when Obama himself had to explain that, no she wasn’t actually endorsing the Republican candidate and, by the way, y’all don’t understand how rap lyrics work. Well, Minaj circles back on her new Ciara-featuring track, “I’m Legit,” when she rhymes: “I graduate with honors, I’m Ball-nead O’Conner / I did a freestyle then I got a shout out from Obammer.” Hey, bragging rights are bragging rights — it’s only fair. The song overall is a mostly solid female empowerment anthem with Ciara singing the hook: “I’m the shit with no makeup / Don’t have to curl my hair up / All this booty here mine / I’m a dollar worth of dimes.” The new collab hails from Pinky’s Pink Friday: Roman Reloaded resissue, The Re-Up, due out November 19. We’ve heard a few other late additions as well: “High School,” “The Boys,” “Freedom,” and “Va Va Voom.”