Eminem and Jay-Z to Usher in Posthumous Nate Dogg Album

'Nate Dogg: It's a Wonderful Life' drops next year 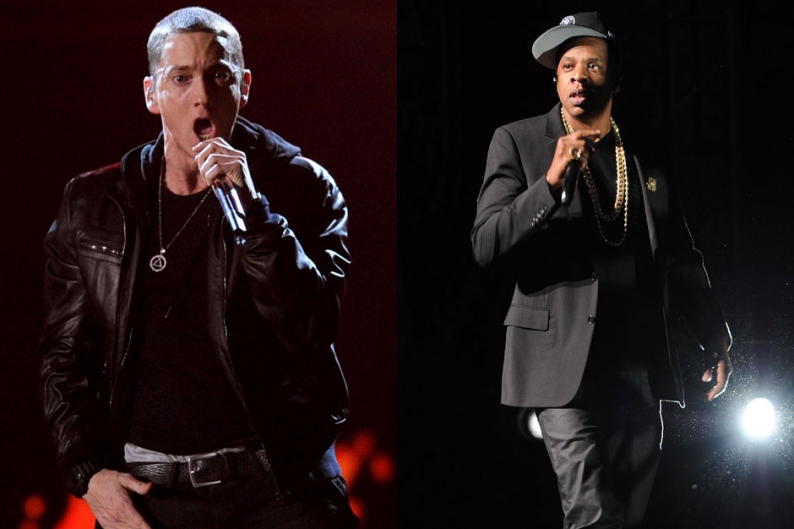 The final album by Nate Dogg, the California rapper and singer who died at the age of 41 last year, will be released some time in 2013, AllHipHop reports. Nate Dogg: It’s A Wonderful Life will collect all of the deceased MC’s unreleased material, including collaborations with Dr. Dre, Snoop Dogg, Eminem, Mary J. Blige, and Jay-Z. The announcement came courtesy label Seven Arts Music, which is partnering with United Media and Music Group to put out the posthumous album in the first half of next year.

Nate Dogg, who was born Nathaniel Dwayne Hale, died on March 15, 2011 from complications resulting from multiple strokes. The West Coast performer made his debut on Dr. Dre’s 1992 landmark album The Chronic, and later went on to release three albums in his lifetime: 1998’s double-album G-Funk Classics, Vol. 1 & 2; 2001’s Music and Me; and 2003’s Nate Dogg. Though rumors that Nate Dogg would rise Tupac-like as a hologram during Coachella ultimately proved false, he did resurface on 2012 track “Party We Will Throw Now!” alongside longtime collaborator Warren G and Compton rapper Game. Check it out below.