Original 'Hair' star Marsha Hunt, who had a child with Jagger, says she needs the money 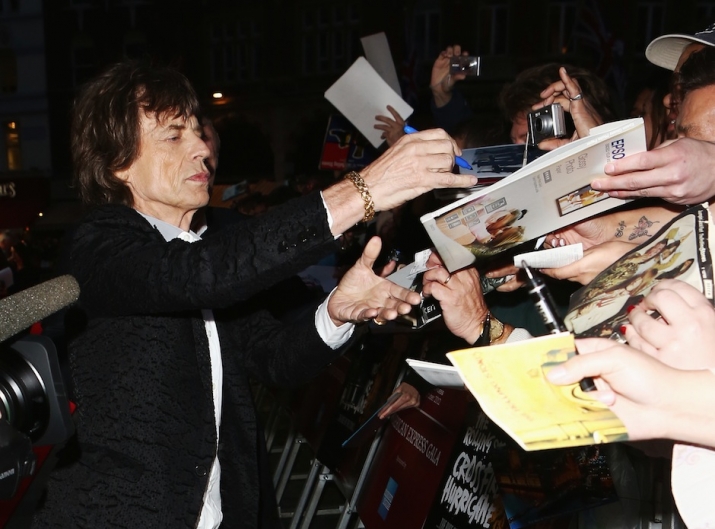 The Rolling Stones generally left the goopy romantic stuff to the Beatles, but Mick Jagger could write a sensitive love letter when he needed to. Marsha Hunt, the singer who starred in the original London production of Hair and is the mother of Jagger’s first child, is auctioning off letters the singer wrote her in the summer of 1969, as the Guardian reports. “I’m broke,” Hunt is quoted as explaining.

The previously unseen letters will be sold as a single lot at Sotheby’s on December 12. They’re expected to sell for £70,000 ($111,384) to £100,000 ($159,120). The Guardian’s account doesn’t include any particularly juicy or tender details, but we do see Jagger reflecting on books Hunt gave him, complaining about unattractive “chicks” at a party, and lamenting missing “John & Yoko boring everybody” at the Isle of Wight festival. He dates his July 20 letter “Sunday the Moon” to commemorate the moon landing. In one, he writes of how matters have become a “little difficult,” adding, “My patience snaps my love peters out at vital moments.”

London auctions are fruitful ground these days for obscenely wealthy music-memorabilia hoarders. The bass guitar Kurt Cobain smashed in Nirvana’s “Smells Like Teen Spirit” goes on the block at Christie’s of London on November 29. Also for sale: A high school yearbook signed by 17-year-old Robert Zimmerman. You might know him from Facebook.