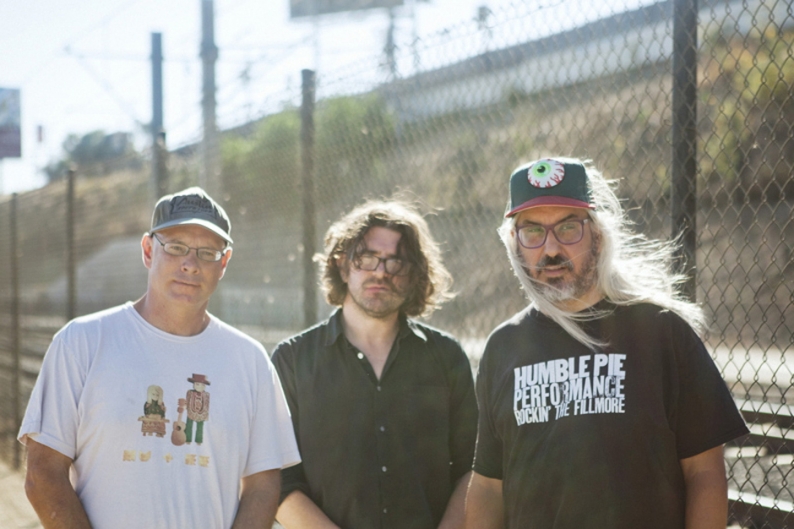 Massachusetts OG indie rockers Dinosaur Jr. are currently celebrating the 25th anniversary of their landmark 1987 album, You’re Living All Over Me. As previously reported, they’ve got a new old concert LP on the way, Chocomel Daze (Live 1987), due November 19, and an upcoming New York show where they’ll be playing YLAOM in full, plus a second set that will no doubt include songs from their new SPIN Essential I Bet on Sky.

That second December 1 set at Terminal 5 will include something else as well: special guests, like the already announced Johnny Marr (The Smiths, Modest Mouse) and Al Cisneros (Sleep, Om). Now Dinosaur Jr. have announced that Sonic Youth’s Kim Gordon will also be partaking. The two alternative god-bands first toured together in 1986, and have shared a few experiences since (Thurston Moore appears in the video for Dinosuar Jr.’s 2007 single, “Been There All the Time”).

No word yet on additional guests, or exactly who’s going to play on what, but tickets are available now and Kurt Vile and the Violators are set to open. We’re just hoping DJ’s J Mascis gets his guitar back in time. In the meantime, bone up on this seminally shaggy band via David Bevan’s feature, “Dinosaur Jr.: Rediscovering the Gnarl.”