From the L.A. outfit's forthcoming EP of the same name, due November 30 via JAXART 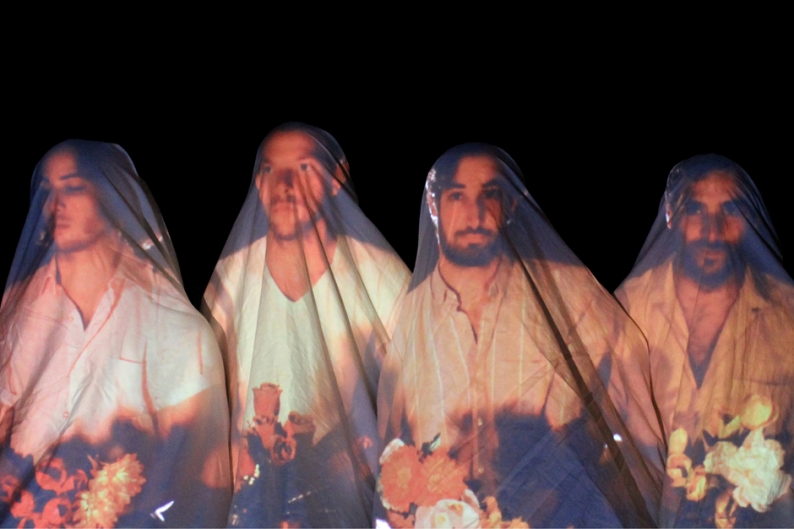 Like the Los Angeles band’s name might suggest, Incan Abraham combine colorful tribal flair with a genuinely stately air. The quartet’s approach to worldly sounds isn’t winkingly exploitive like Vampire Weekend’s, or the mad scientist’s mashup that is Yeasayer’s. To the contrary, these four wed their fluttering melodies and tropical rhythms to a graceful frame, as can be heard on their new single “Springhouse.”

The back and forth vocals of guitarist Teddy Cafaro and effects-man Giuliano “Giuls” Pizzulo bring Grizzly Bear to mind, as does the overriding earnest swoon of the song. For the video, directed by Cafaro with Jack Johnson (no relation, we hope), the band plays draped in sheets, with their own images projected onto the ghostly moving canvases. The ethereal feeling goes well with the music, as does the kalieodoscopie caused by the simple setup. A pair of Mariachi player appear from time to time — spirit guides, perhaps? — and at one point, drummer Andrew Clinco sprouts an extra arm.