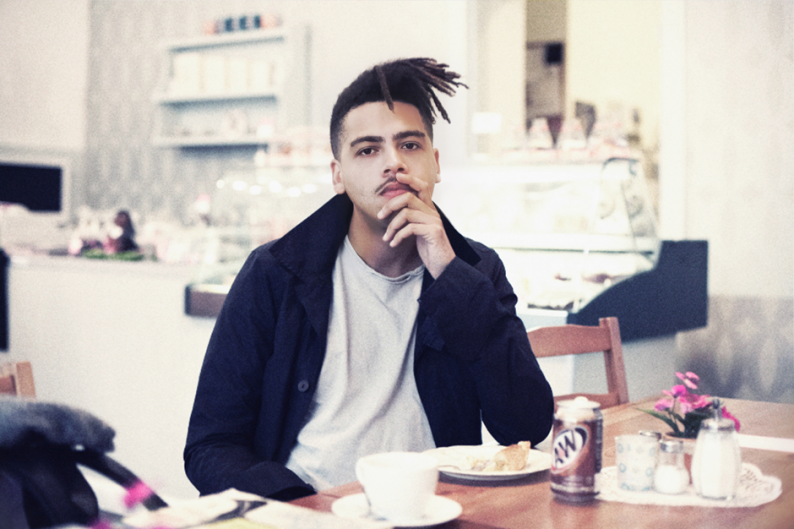 Seth Troxler has been quiet on the production front lately, and no wonder. As Resident Advisor’s Will Lynch chronicled after this year’s WMC, the rising DJ keeps a schedule that could cripple all but the most seasoned road warriors. But Troxler recently found time out from his seemingly endless succession of gigs and after-parties (including a stretch of Richie Hawtin’s “CNTRL: Beyond EDM” bus tour) to turn out a striking remix of Matthew Dear’s “Fighting Is Futile,” the latest single from Dear’s album Beams.

“It’s funny how the remix happened,” Troxler told SPIN in an e-mail. “Matt and crew asked if I were up for it, [and] it had been ages since I worked on anything alone, since I’m always on the road and don’t have a studio. Then Matt sent me the parts. I was at my girlfriend’s, who lives with Troy Pierce, who has a great studio, and made the jam over a few days while she was at work.”

Where the original song is bursting with Dear’s peculiar brand of spongy funk, Troxler homes in on an eerie guitar coda from the very end and builds his own version out of that. Mirroring Dear’s baritone in slinky, vaguely unsettling bass riffs, Troxler keeps the vibe restrained — at least, until he builds to an unexpectedly psychedelic climax of zooming synth leads and vocal harmonies that flutter like butterflies. The whole thing feels a little like the experience of walking into an empty club and then looking up, not much later, to discover that it has filled up and is going absolutely bonkers — and you along with it.

“I did build the whole thing kind of on the idea of this sample that was at the end that really took me away,” he said. “I think it’s a good way to come back into the game and really reveals the new sound I’ll be working on.”

Listen to the full remix below, and pick it up from the Ghostly Store.