Ex-Sian Alice Group members turn away from the light 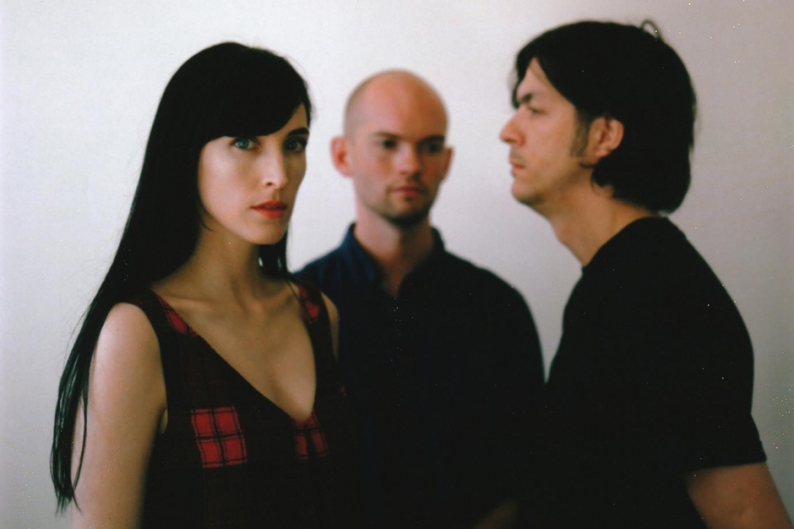 As part of the Sian Alice Group, Sian Ahern and Ben Crook made winsome indie rock that nodded to Galaxie 500, Low, and the Dirty Three. There’s still a touch of American gothic to their new trio, Eaux, with Stephen Warrington, as well as the teensiest hint of actual gothic. (Between Ahern’s airy soprano and the group’s darkly ethereal atmospheres, it’s tempting to think they took their name in homage to the Cocteau Twins.) But the balance has shifted decidedly away from strummy pastoralism towards programmed rhythms, velvety flourishes of synthesizer, and anxious clang.

The trio’s debut EP, i, came together in a few days in London’s Tin Room studio, beginning as group improvisations and gradually taking shape. Despite the copious electronic touches, however, the music retains a distinctly live feel, stripped-down and in flux. “If we can’t play a part live in the room together at the same time, it seems wrong to add in later,” explains Ahern.

The group’s dark-side fixations bring to mind the smoky grandeur of contemporaries like Balam Acab, Beak>, and Zola Jesus, but i never sounds bleak for the sake of being bleak. The sweeping, trance-tinged new wave of “New Peaks” radiates wide-screen optimism, and the cozy “Snow,” with its muted Rhodes keyboard, recalls the intimate bedroom pop of Nicolas Jaar.

Stream the entire EP here, and check out the appropriately shadowy video for “New Peaks.”