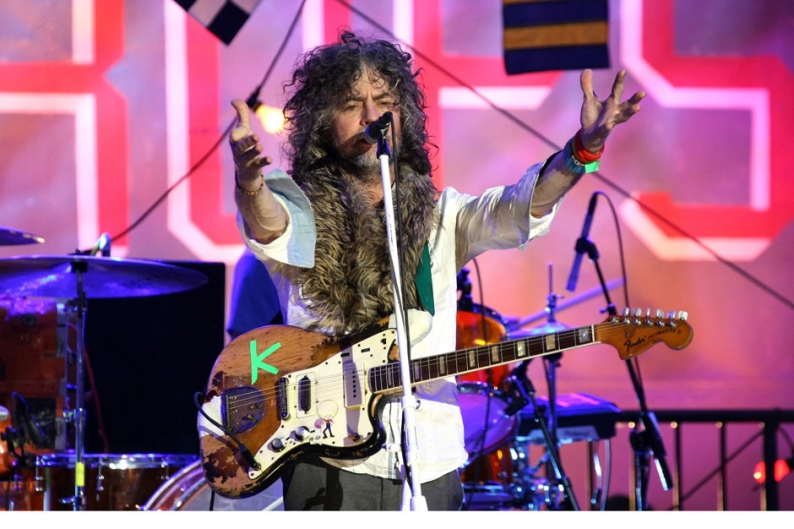 The Flaming Lips have had quite a year: selling their collaborators’ blood, breaking world records, teaming up with Stephen Colbert, debuting a musical, releasing a complete reworking of King Crimson’s first album. Now, to cap off their characteristically bizarre 2012, the Oklahoma City psych-rockers will star in a special radio broadcast organized by publishing house McSweeney’s.

Writer Richard Parks was commissioned by the folks at McSweeney’s to create an hour-long radio program built around the Lips and the result turned out to be “a continuous-play radio drama in the style of Mercury Theatre’s War of the Worlds.” The program, titled “Wayne Coyne’s Human Head-Shaped Tumor,” focuses on a fictional head-shaped tumor growing on the leg of lead Lip Wayne Coyne. Okkervil River, Eleanor Friedberger, Bill Callahan, Nico Muhly, Oneida, and the Flaming Lips all contributed new material to the pretend news report in what McSweeney’s describes as “an effort to quell the tumor’s symptoms.” Other featured players include Coyne’s wife Michelle Martin-Coyne, Grizzly Bear’s Ed Droste, Jack Hitt from This American Life, comedian Paul F. Thompkins, and the Flaming Lips’ manager, Scott Booker, along with sound design by Rich Bologna.

“We listened to it, and didn’t know what to make of it, but the music was great, and there was all kinds of crazy sound design — car crashes and helicopters and murmuring tumors (yes, murmuring tumors),” McSweeney’s wrote. “We’ve been playing it since then from time to time, and people seem to like it — so we thought we’d finally make it available to listeners.”

“Wayne Coyne’s Human Head-Shaped Tumor” will be broadcast at 5 p.m. PST on November 24 and 25 on 89.9 KCRW in Los Angeles and will also stream on KCRW’s website.