A 'Knocked Up' spinoff is no less likely a tool for Apple's barbed, passionate pop 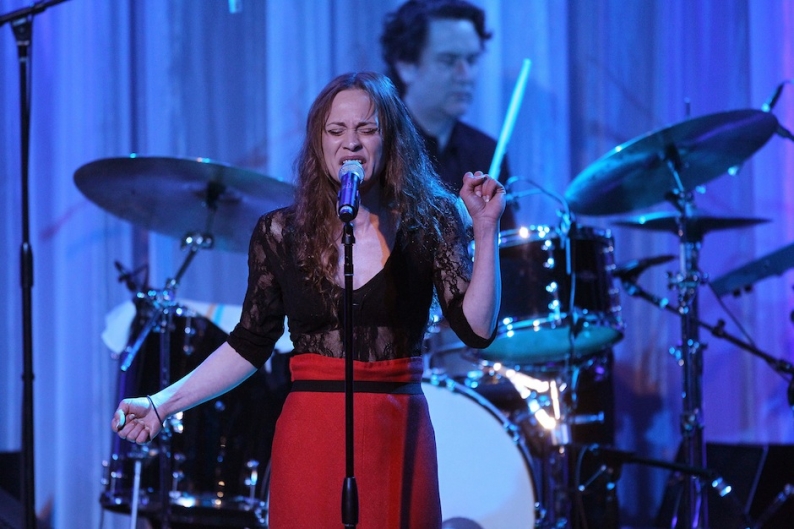 “You’re more likely to get cut with a dull tool / Than a sharp one,” Fiona Apple flutters more than once on “Dull Tool,” her newly surfaced song from the December 11 soundtrack to Judd Apatow film This Is 40. By the same logic, Apple’s stabbing, overweeningly passionate music has better odds of drawing blood in connection with a Knocked Up spinoff than on one of her own albums, such as this year’s Essential The Idler Wheel — after all, the potential audience is broader and less suspecting. Apple’s contribution to the Knocked Up spin-off’s soundtrack sands off none of the jagged edges of her wonderfully off-kilter Idler Wheel, relying on whirligig piano, rumbling percussion, and leaping strings. And, of course, Apple’s throaty, uncontainable vocal delivery: “You don’t kiss when you kiss / You don’t fuck when you fuck,” she damningly declares. Apple is of the right age to remember the sheriff of Nottingham’s sneering, stupid, yet annoyingly unforgettable observation in another decidedly mainstream vehicle, 1991’s Kevin Costner flick Robin Hood: Prince of Thieves, that a spoon is “dull, you twit — it’ll hurt more.” Then there’s Apple, a real-life Robin Hood, taking cash from Hollywood to give her music to the 99 percent.