Due next week via Memphis garage-punk institution Goner Records 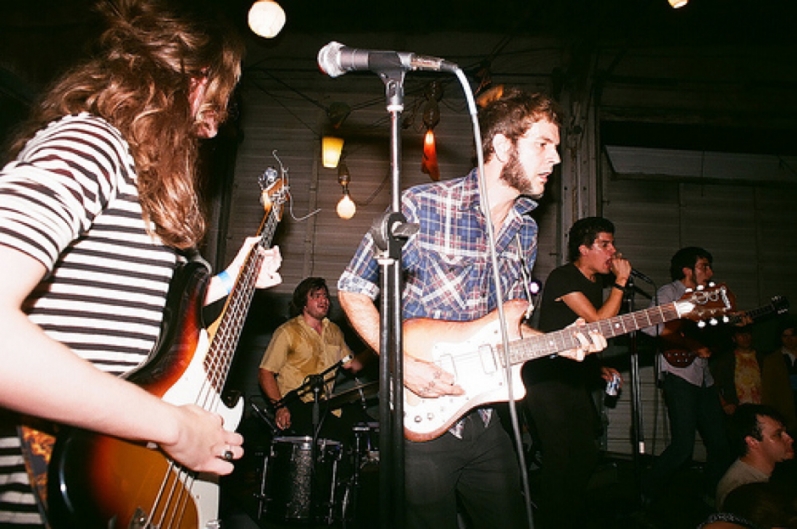 “When you sing in a hardcore band,” says Ex-Cult’s Chris Shaw, “everything is very concrete because you have this idea you’re trying to convey in a two-minute span. I wanted to get weirder than that and not go into writing a song already knowing exactly what I wanted to say, but rather, hear the music and then let whatever I was thinking about take over. The weirder the better.”

Shaw, who had also served in Memphis hardcore unit Vile Nation, found the perfect set of collaborators to achieve just that, combining with friends in the local punk scene (including members of Magic Kids) as well as cyclonic San Franciscan Ty Segall. In March, after a series of Ex-Cult shows at SXSW, Segall approached Shaw and his bandmates about producing their yet-to-be-recorded debut full-length on Memphis’ Goner Records. They shipped off for San Francisco thereafter, hunkering down in Eric “King Riff” Bauer’s Chinatown studio to craft a weird, sometimes frightening set of tight-fisted proto-punk that Shaw says was definitely influenced by the Bay Area. “That place is like a dream world, so going there and laying down an album with your good friend pretty much was as cool as it sounds.”

Hear it in its entirety for the first time: