L.A. Krautrockers get dubwise with help from the Red Hot Chili Peppers' bassist 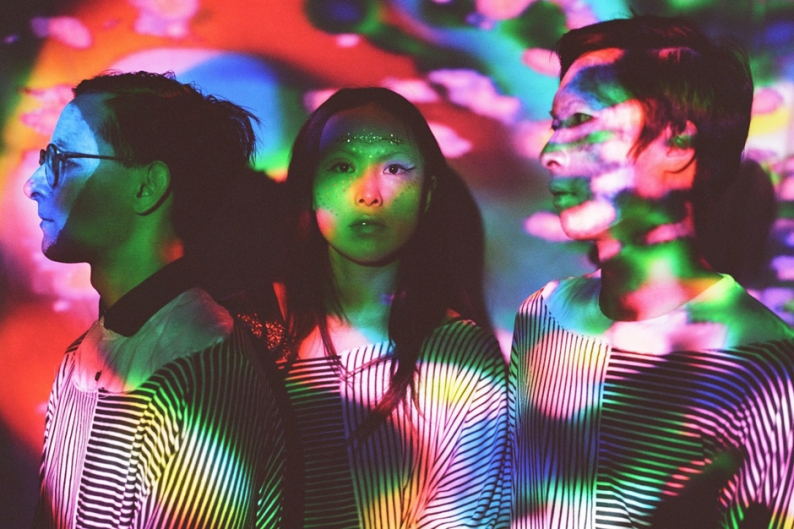 ESP only have a self-titled EP and a single to their name, but between those captivating releases and their deeply hypnotic live show, the Los Angeles trio are on their way to building a loyal cult of followers. As it turns out, one of their early inductees is none other than Red Hot Chili Peppers and Atoms for Peace bassist Flea, who apparently became a fan after catching one of the band’s hometown gigs. Anchored by sister-brother duo Aska (vocals/keys) and Seiya Matsumiya (keys/electronics), plus their percussively-inclined pal Bobby Evans, the group specializes in a distinct Krautrock/post-punk hybrid. Their propensity for intense atmosphere and driving rhythm can be handily heard on their August EP, ESP, but when Flea joins them to remake one of that release’s standout tacks, “Serenade,” their mesmeric Can-meets-Blonde Redhead steez gets flipped into a dubwise pop experiment. According to ESP, “Serenade (Miami)” was “recorded in the Himalayas with yeti beats,” but while it indeed thumps like two-ton snow beast, the track is also imbued with the elastic bounce of a beach ball and happy vibes that seem divined from much sunnier climes. Thank you Bass God!