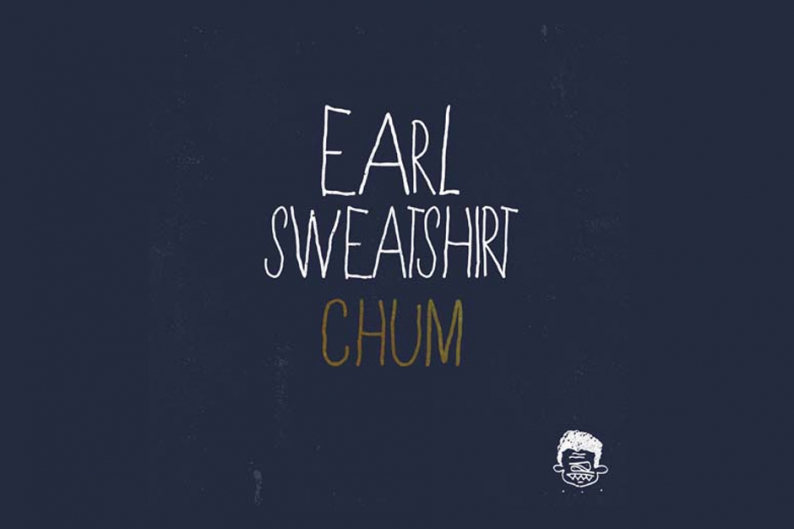 Odd Future have shared a brand new Earl Sweatshirt song called “Chum” — the first official solo release from the crew’s somewhat elusive ace in the hole since he returned home from reform school in Samoa. The fresh track bobs forth on a moody piano-and-drum loop while Earl takes a low-key rap tack. Still, he’s as intricate with his rhyme schemes as ever, and more intimate with his storytelling than we’ve yet heard, offering the kind of refreshing honesty found — but often overlooked — on Tyler, the Creator’s Goblin.

“It’s probably been 12 years since my father left,” he rhymes, before detailing bouts with alcohol abuse at the age of 16, and explaining that his mother tried to help but didn’t exactly know how. His style combines the thematically downcast vibes of Cannibal Ox with the tongue-tangling confessionals of Eminem. He shouts out his Odd Future extrovert equivalent — “Searching for a big brother, Tyler was that.” — before blasting the publication that exposed his whereabouts last April, a.k.a. “these Complex fuck niggas that tracked me down.”

“Huh, supposed to be grateful, right, like thanks so much, you made my life / Harder and the ties between my mom and I strained and tightened even more than they were before all of this shit / Been back a week and I already feel like I already feel like calling it quits.”

Sweatshirt recently appeared on the Flying Lotus-produced “Between Friends,” which included a cameo from a mysterious rap villain named Captain Murphy, and we learned a few details about his upcoming Columbia-distributed album back in August. At the time, he explained: “I anticipate a loss of fans. I also anticipate gaining some … I hope i lose you as a fan if you only fuck with me cause i rapped about raping girls when i was 15. I fucking love how it sounds. And uhh. Thats what matters Im gonna go out on a limb and say that you can hear the progression.”