The 'Disconnection' EP is due November 13 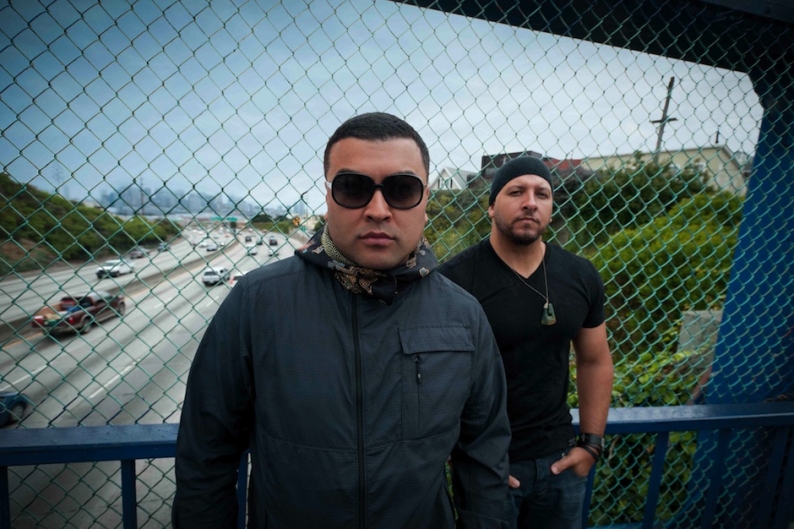 Hell, the year that underground rap re-exploded wouldn’t be complete without the return of the mighty Latyrx!

On their 1997 debut, The Album, the Bay Area duo of Lyrics Born and Lateef the Truthspeaker were prog-rap pioneers: rapping on top of each other like Gang of Four, spitting word streams in obtuse angles, and imagineering labyrinthine cadences that’d funk yer whole head up — often over beats by an emerging pal named DJ Shadow. In the years since, Lyrics Born has released a handful of excellent solo albums, Lateef has popped up in some crews (Maroons, the Mighty Underdogs), and their Quannum Projects crew has launched more than a few careers (Blackalicious, Lifesavas, Curumin).

The six-song Disconnection EP, due November 13, is the triumphant warm-up before their long-awaited second album, The Second Album, drops in April 2013. And fans of their brainy, expressionist swirls might be in for a pleasant shock. First taste “Gorgeous Spirits” leaves the backpack at coat check, and is a straight party-down hyphy/ratchet-hybrid with a four-on-the-floor “Mercy” breakdown for the chorus. Dudes are sipping on Heineken and not giving a fuck. Welcome back!

You can pre-order the EP on iTunes now and dumb out to “Gorgeous Spirits” immediately.