Music aficionados who signed up for David Byrne and St. Vincent’s mailing list recently received a remarkable dispatch from the front lines of New York City’s ongoing recovery from Hurricane Sandy. “We’re weathering the days in the dark city,” Byrne wrote in a mass e-mail Halloween night. “At present I’m in Brooklyn, where toilets flush and lights burn bright. We can see the row of the dark monoliths that constitute downtown Manhattan from here.”

The former Talking Heads frontman went on to say he would “return to my campsite on the 11th floor” on Thursday night, after he and Annie “St. Vincent” Clark performed “a song or two” on The Colbert Report. In fact, Byrne and Clark did just that last night, bringing along their horn-tootin’ band for a dead-on, on-air performance of ornately funky “Who,” from their collaborative album Love This Giant. As a Web exclusive, they marched in place through a similarly accomplished performance of another intricate Giant booty-shaker, “Weekend in the Dust.”

In the interview portion of the show, of course, they and host Stephen Colbert couldn’t help but dwell on the pre-20th-century conditions facing much of New York post-Sandy. It was another endearingly awkward Colbert interview, in part because Clark came across as so polite and unassuming that Colbert risked looking mean when he pulled his usual ironically abrasive tricks. “We went to Brooklyn to take showers,” Byrne observed. Colbert invited the two to join him in his studio shower with a webcam to “raise money for victims.”

After the interview, if Byrne’s Halloween note is to be believed, the “This Must the Place” singer headed to his electricity-deprived downtown pad. “No elevator service south of 31st St. or so, which means 11 flights with a flashlight up a dark stairway — but it’s home,” Byrne wrote. Bet that communal shower with a faux-conservative pundit was sounding pretty good by the time the show came on Comedy Central last night. Not that Byrne would have been able to watch it, being without power and all. 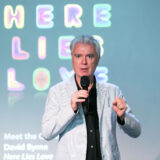 We’re weathering the days in the dark city. At present I’m in Brooklyn, where toilets flush and lights burn bright. We can see the row of the dark monoliths that constitute downtown Manhattan from here. I’ll return to my campsite on the 11th floor tomorrow, after St. Vincent and I do a song or two on Colbert. No elevator service south of 31st St. or so, which means 11 flights with a flashlight up a dark stairway—but it’s home.

Normally, I would post a new streaming radio playlist at midnight tonight. I was at the end stages of getting it ready when the storm hit but my office closed due to the power outage, meaning no access to the computers and software that would allow that all to happen. Doing it remotely is possible, but difficult, and hardly a priority these days. Anyway, expect that to happen as soon as the power is restored. 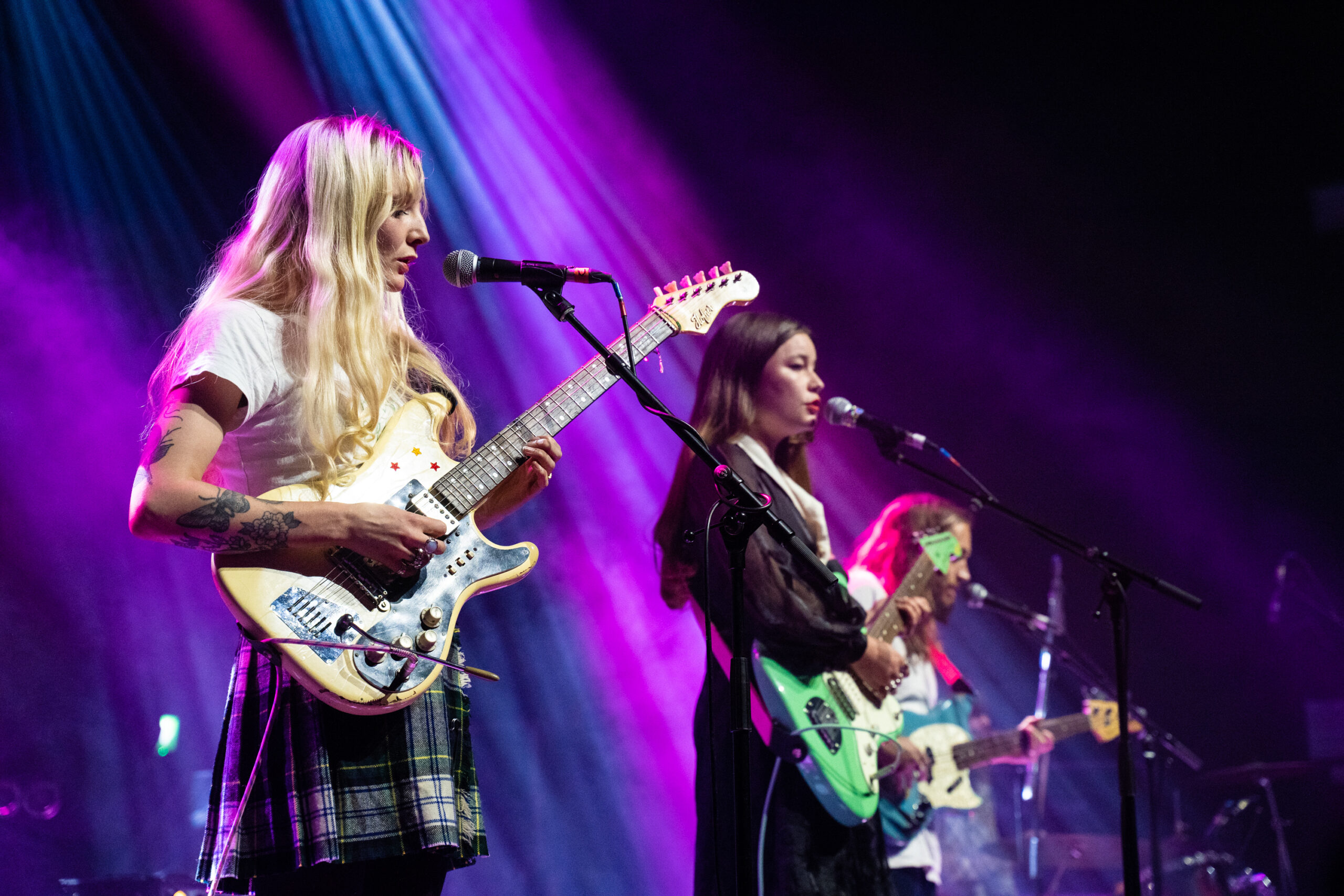