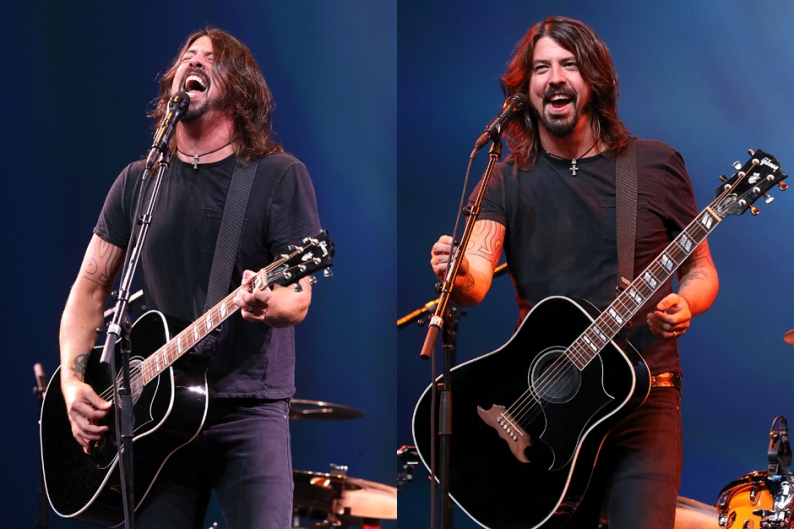 It’s safe to say that Dave Grohl is one of the most beloved figures in rock and roll. He’s Nirvana’s best ambassador (although not the most active), he was a real sweetheart about that whole Foo Fighters breakup rumor, he’s rejoining Queens of the Stone Age to help Homme make another classic, and even when he was a bit of a curmudgeon about EDM, freaking Deadmau5 gave him a pass. If you’ve got a big old music event a’happening and you need someone to ring it in proper with a serious case of the feel-goods, Grohl is your guy.

Which is no doubt why this king amongst dudes has been tapped to deliver the keynote address at South By Southwest 2013. On Thursday, March 14, at the Austin Convention Center, Grohl will punctuate the six-day musical megafest with words to inspire, no doubt. While SXSW organizers have yet to announce the bent or theme of his speech, the announcement emphasizes his upcoming directorial debut, via Sound City: Real to Reel, and his interest in “the ongoing fight to preserve the human element of music in an increasingly digital world.”

Earlier this month, SXSW announced the first round of confirmed artists, a list which will eventually grow to comprise more than 2,000 official acts. We did our best to separate the wheat, which includes Alt-J, the Zombies, Thurston Moore and WHY?, from the chaff.

Also, remember how great this was?