Win a Pair of Tickets to See Coldplay Live in Brooklyn!

Enter for a chance to win tickets to the see band play live this December as well as a 'Live 2012' DVD and more! 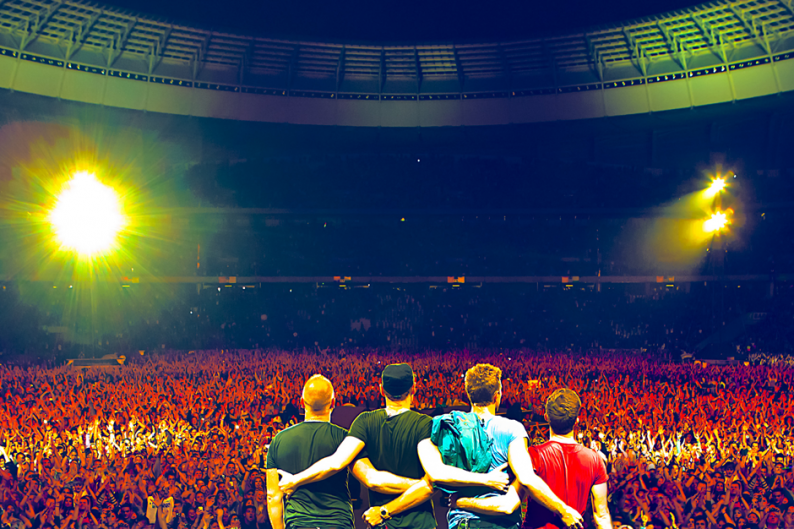 Given the preponderance of technological options available, there’s really no excuse for Coldplay fans to have missed the band’s televised Live 2012 when it first aired on EPIX on November 17. But if for some fantastical reason you did, don’t worry because you’re in luck — and you might be there in person at an upcoming Coldplay show.

The concert is still available to watch on EPIX, EPIX On Demand, or EPIXHD.com, but even more excitingly, we’re happy to present you with the opportunity to win a live Coldplay giveaway. Five runners-up will win prize packs that include a DVD of the Live 2012 show, a CD of the band’s 2011 Mylo Xyloto album, as well a band poster and T-shirt. And one grand prize winner will win all that and a pair of tickets to one of the band’s shows at the Barclays Center in Brooklyn, New York, at the end of December (the NYE gig features the band’s pal Jay-Z). The band will be taking a break after those gigs, so this will be your last chance to see them for a while.

To give yourself a chance to win, follow @SPINmagazine and @coldplay on Twitter. Then tweet the following straight-forward message: “Hey, @spinmagazine, I want to win the @coldplay prizepack! http://bit.ly/QGAqPo”

Next give us your name and e-mail address below. Simple!

The contest will close on Monday December 3 at 5 p.m. EST. Winners will be selected at random and contacted shortly thereafter. Contestants must be at least 16 years of age or older as of date of entry and must be U.S. residents.