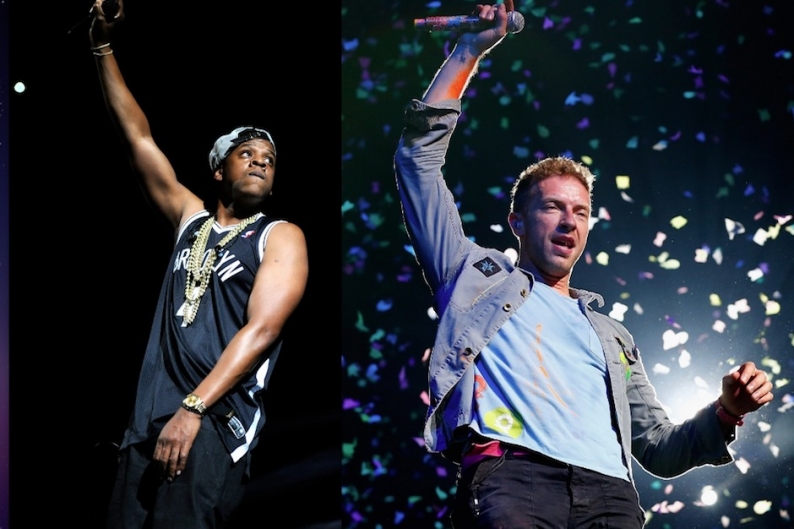 Coldplay and Jay-Z have their New Year’s Eve plans set: The two mega-acts will co-headline a gig at the Barclays Center in Brooklyn, New York, on December 31. This will be the second time in two years that Jay and ‘Play have rung in the new year together, having shared a Las Vegas stage to close out 2010. That concert featured guest appearances from Kanye West, Beyoncé, and John Mayer, and while no cameos are guaranteed on Coldplay’s website, it’s a safe bet Jigga’s better half and Gwyneth Paltrow will be in the house.

In the run-up to the NYE show, Coldplay will play the Mohegan Sun Arena in Connecticut on December 29 and the Barclays Center on December 30. Tickets for all three shows — which are Coldplay’s final U.S. dates for 2012, obviously — will be on sale via Live Nation. The two Brooklyn performances, which are also Coldplay’s first sets in NYC since 2005, will be available on November 17. Chris Martin and his bandmates are in the midst of quite the victory lap, with the upcoming  EPIX premiere and release of Live 2012, their live concert film/album combo package (which also has an eBook companion) that chronicles the band’s world tour behind 2011’s Mylo Xyloto.

Jay-Z, who is a part-owner of the Barclays Center’s NBA home team, the Brooklyn Nets, christened the arena this past September with an eight-show residency. Hova’s final Barclays show was released as the eight-song LIVE IN BROOKLYN “audio/visual optic EP.” Most recently, the Brit rockers and hip-hop mogul collaborated to wrap up the 2012 London Paralympics with Rihanna. See the three pop titans team up for a rendition of “Run This Town” and start picking out your novelty 2013 glasses now: