Rock progeny of that other Amherst band, Dinosaur Jr. 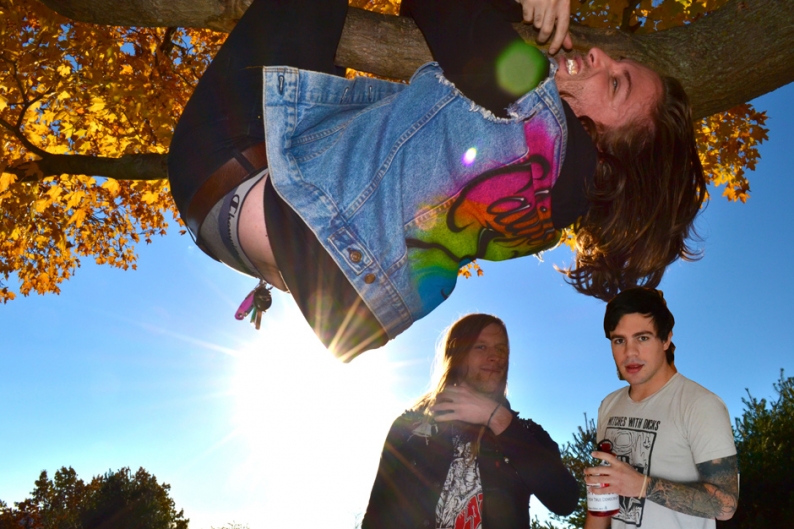 Though the sludge-lovers in California X are from Amherst, Massachusetts, both geographical connections make good sense. This trio’s proclivity for sun-baked garage-punk grind makes them cousins to thrashing L.A. acts like FIDLAR, and their preference for slowly growing shaggy anthems pegs them as direct descendants of their gnarly neighbors in Dinosaur Jr. Though their output thus far is limited to the “Sucker”/”Mummy” 7-inch and the song you’ll hear below, California X are carving out an impressive profile for themselves. New one “Pond Rot” benefits from solid production that allows the pop fizz to rise from the guitar fuzz, while singer Lemmy Gurtowsky drones about finding himself some cozy stagnant water to settle down in so that he can start decomposing in peace. The song hails from an upcoming self-titled debut, due out January 15 on Don Giovanni (Screaming Females, Hilly Eye).