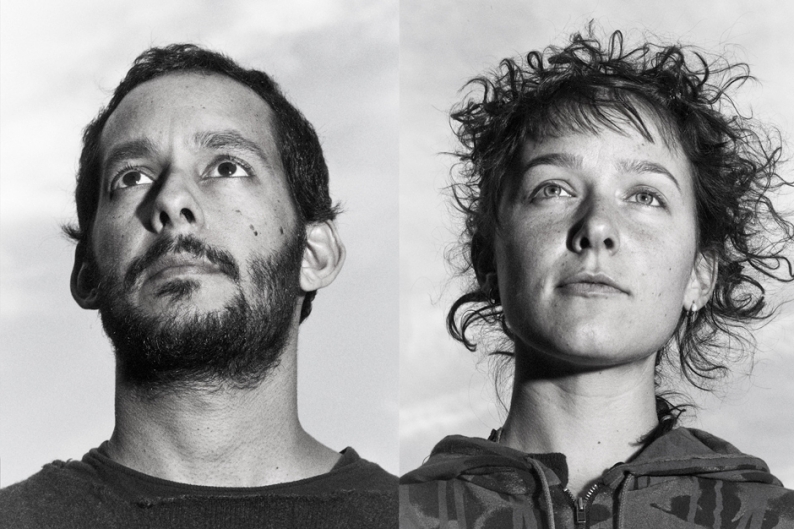 If you aren’t yet familiar with Buke and Gase, the explanation of the Brooklyn duo’s name goes a long way to illustrating what makes them special. Arone Dyer (her) and Aron Sanchez (him) are known for making intensely chugging No Wave chamber-punk using handmade instruments like the “buke,” a baritone ukelele, and the “gase,” a guitar-bass hybrid.

On the titular track for their upcoming sophomore album General Dome, due January 29 via Brassland, they bend their odd machines to urgent ends, creating a tense environment that seems to embody Dyer’s line about carrying “a crest of weight.” The paranoiac vibe befits the new LP’s themes — a “general dome,” it seems, is a type of easily installed security camera, and the album’s cover (below) is made up of symbols representing a coded alphabet invented by Buke and Gase. “In times like these,” says the press release announcing General Dome, “when governments can freely survey the citizenry’s every action and our lives become increasingly less private, people are often drawn to code.” Sure, but how many of those people actually draw the code?

The cover of Buke and Gase’s General Dome: 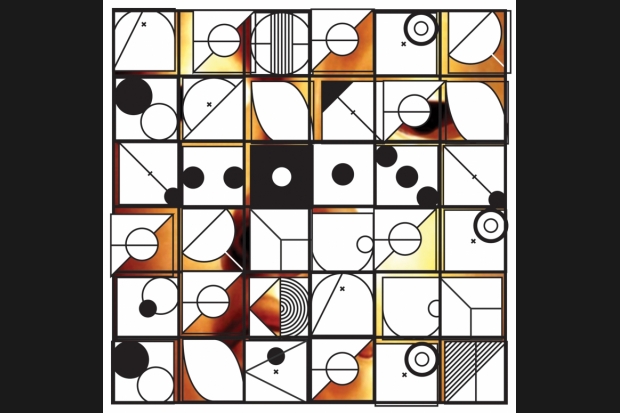