Another popular play from his 'Unorthodox Jukebox' 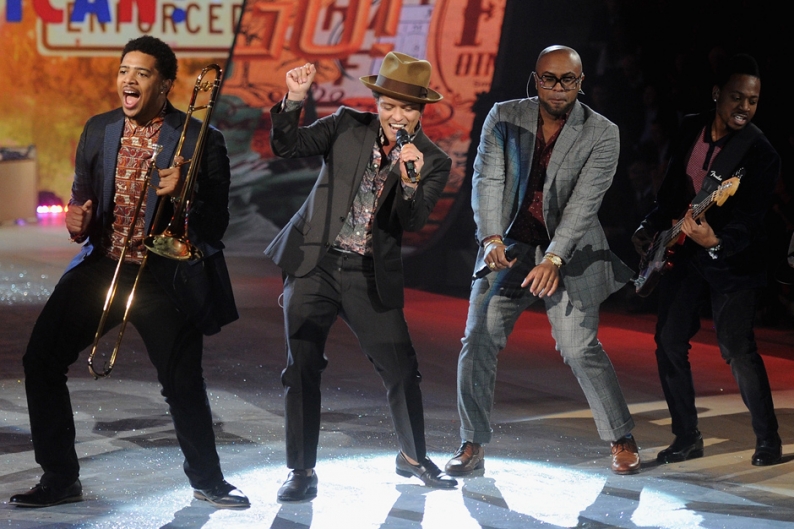 Bruno Mars delivered a pretty in-the-glove impression of Michael Jackson last month when he hosted Saturday Night Live. He also caricatured Green Day’s embattled frontman Billie Joe Armstrong, but that won’t help inform your opinion of his newly surfaced Unorthodox Jukebox track, “Moonshine,” in which Mars channels the King of Pop with a markedly more reverent aplomb. Super-producer Mark Ronson returns for this one after helping the Honolulu-raised crooner channel Sting (perhaps unintentionally) on single “Locked Out of Heaven,” here providing a slightly ’80s-informed backing track colored by flanged guitar notes and moody chord progressions. While we were slightly disappointed to learn that the song was not, in fact, an ode to bootleg liquor, Mars’ lyrics intoxicate in their own way, longing for the high water mark of a relationship that now seems impossible to reach. Unorthodox Jukebox, which also features the recently shared “Young Girls,” is due out December 11 via Atlantic. “Wonderfall,” as Mars might say.