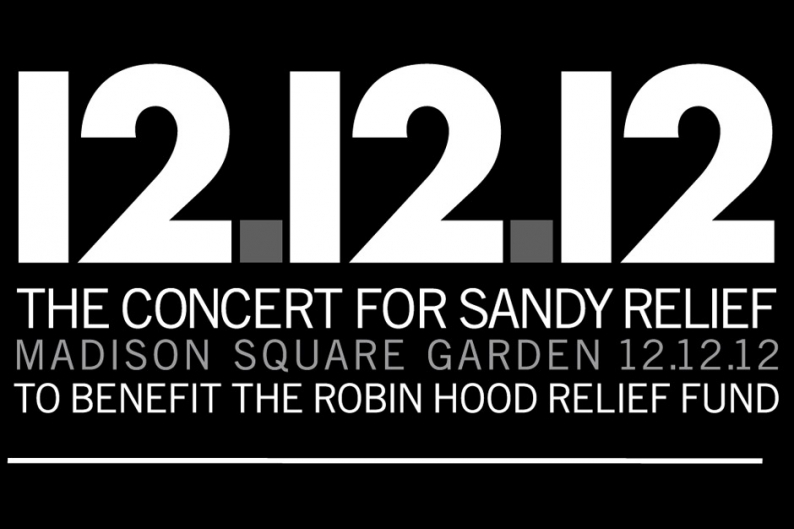 Three weeks after Superstorm Sandy wreaked havoc on the Northeast, parts of New York and New Jersey continue to recover from the incalculable devastation following the disaster. Thankfully, a pair of upcoming all-star benefit concerts will raise funds to help those areas still affected by the storm.

The bigger of the two will take place at New York’s Madison Square Garden on December 12. The 12.12.12: Concert For Sandy Relief will feature Bruce Springsteen and the E Street Band, Billy Joel, and Bon Jovi — all vets of the NBC Sandy benefit that raised $23 million — as well as Paul McCartney, Kanye West, Roger Waters, the Who, and Alicia Keys. That’s easily the best lineup MSG has witnessed since those Rock & Roll Hall of Fame 25th Anniversary shows in 2009, or at least since the Knicks faced the Miami Heat at home in early November. Ticketing is forthcoming, and all proceeds from 12.12.12 will benefit the Robin Hood Relief Fund. The event’s website indicates that the show will be broadcast in some capacity.

Over in Brooklyn, indie rockers are also coming together to help out. Vampire Weekend, Real Estate, Devendra Banhart, members of both the Walkman and the Dirty Projectors will head to St. Ann & the Holy Trinity Church in Brooklyn Heights neighborhood on Saturday, November 17, for a day’s worth of acoustic music to raise funds for the grassroots Occupy Sandy. Tickets are already sold out, which is good news for the charity, but bad news for you if you haven’t secured one yet. You can help out Occupy Sandy’s recovery efforts here.