Also watch the behind-the-scenes video by Yours Truly 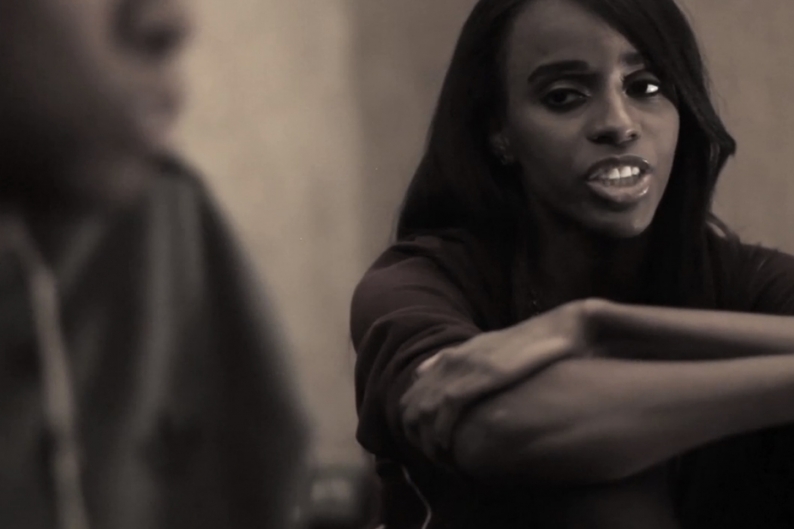 Back in July, the fine video-producing folks over at Yours Truly took a more hands-on role by putting our dudes Danny Brown and AraabMuzik together in the same space and filming while they worked their magic on a track that wound up being dubbed “Molly Ringwald.” Now they’re back with another pair of rising stars from the rap world: New York’s Missy Elliott-covering, soul-baring MC Angel Haze and the Canadian half of TNGHT, a.k.a. the Montreal-based beat beast known as Lunice. In the video released yesterday (watch below), the pair meet up at London’s Metropolis Studios, discuss their approach to craft, goof around a bit, and, of course, do what they came to do. The end result of their impromptu collaboration is “Gimme That,” a brightly bubbling trunk-rattler with all of the warped effects and raw swagger we’ve come to expect from these two, with a few surprises thrown in, of course. Stream below, then dig into the story behind the song.