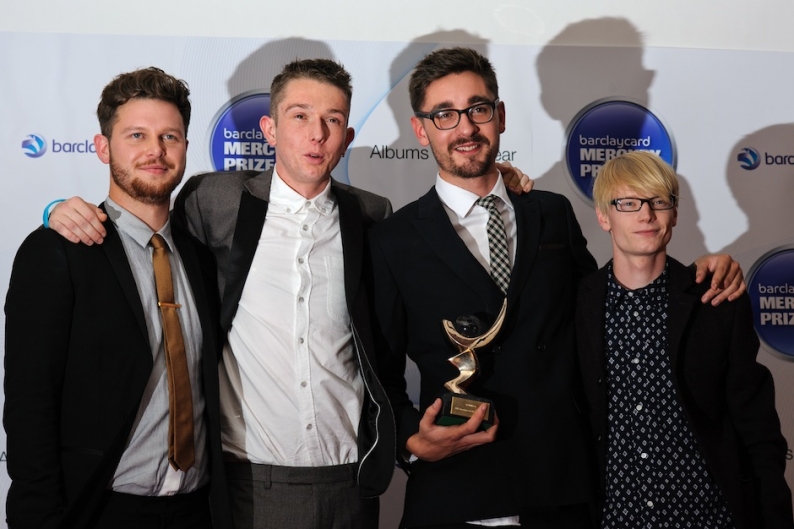 Buffalo is a musical word, so appealing it thrives despite the American bison having little to do with the African buffalo or Asian water buffalo, and only maybe slightly more to do with the city of Buffalo, New York. Alt-J cover all their buffalo bases on “Buffalo,” a collaboration with Feist-backing Vermont woodswomen Mountain Man. Set to appear on the November 19 soundtrack to upcoming David O. Russell film Silver Linings Playbook, the intricately gloaming track neatly demonstrates the hybrid of rootsy folk and future-bent electronics that helped the band’s September debut An Awesome Wave nab Britain’s Mercury Prize.

The rustic siren vocals of Mountain Man’s harmonizing trio impressively bring out the more down-to-earth aspects of a band also known to format its name as the Greek letter delta. But what you’re most likely to walk away with stuck between your ears is guitarist-singer Joe Newman’s animal-tracking flight of lyrical fancy toward the end: “The buffalo from Buffalo who are buffaloed by the buffalo / From Buffalo, buffalo, ah, the buffalo, from Buffalo.” The song will join previously released material from Stevie Wonder, Bob Dylan, and Alabama Shakes on the soundtrack — which might or might not go well with a plate of spicy, buffalo-free Buffalo wings.