Against Me! Promise ‘Transgender Dysphoria Blues’ Will ‘Absolutely Destroy’

Bassist Andrew Seward: "I don’t know if ‘brutal’ is the right word, but it just sounds really fucking tough." 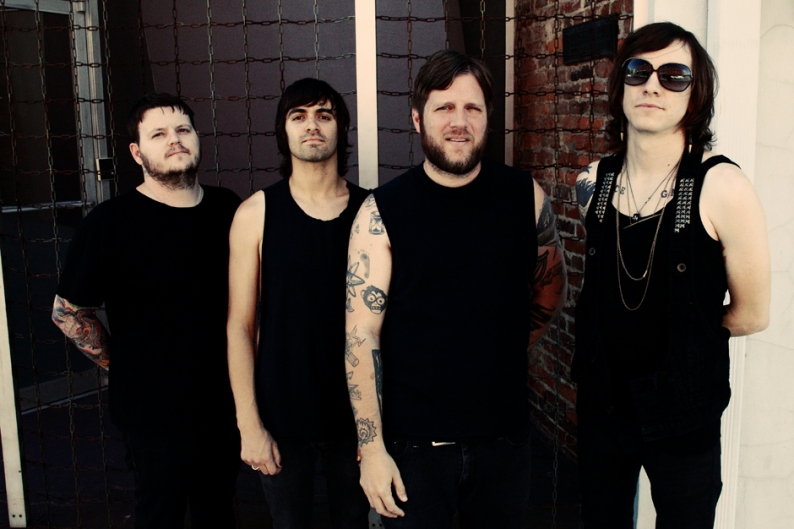 It’s safe to say that following Tom Gabel’s brave public rebirth as Laura Jane Grace, anticipation is running high for Against Me!’s sixth album. Content-wise, we know a bit of what 2013’s Transgender Dysphoria Blues is about — the singer’s personal struggle with the titular condition, of course, and it will also serve as a concept album about a transgender prostitute.

But in an interview with MTV Hive over the weekend, bassist Andrew Seward gave us an idea of what to expect musically following the Floridian band’s unlikely dip into “crowd-pleasing power pop” with 2010’s White Crosses: “It just sounds fucking killer,” he said at Austin’s Fun Fun Fun Fest. “I don’t know if ‘brutal’ is the right word, but it just sounds really fucking tough, and good.”

Against Me! have been reportedly working on Transgender Dysphoria Blues in their own Total Treble Studio since February, with breaks to play out and to speak on camera about Grace’s progress. While Butch Vig produced the band’s last two LPs, Seward says Grace is, “recording the whole thing herself. Engineering, producing, [building] the studio — full-on everything.”

“We’re just a band who wants to absolutely destroy,” Seward added. “We want our records to sound sonically and musically as good as humanly possible. We don’t want to put limitations on anything.” While no track list has yet been revealed for the new one, Against Me!’s FFF set reportedly included unreleased songs “Transgender Dysphoria Blues,” “Drinking With the Jocks,” “Black Me Out,” “True Trans Soul Rebel,” and “Better Days.”