10 Albums You Can Hear Now: AC/DC, Bad Brains, the Twilight Sad, and More 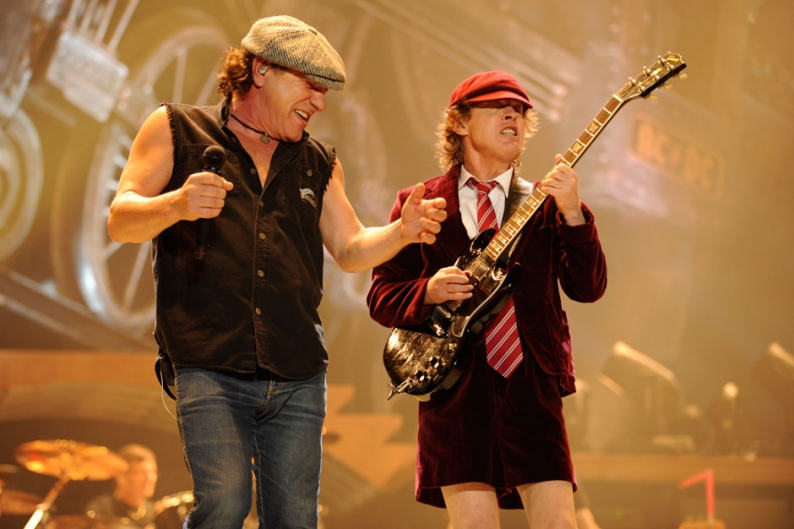 Just in time for the long trip back home this holiday, a new collection of streaming albums, primed for your immediate listening pleasure.

1) AC/DC, Live at River Plate. “Few things on Earth can rival the kinetic energy of an AC/DC concert in front of 65,000 frenzied Latin American rock fans.” — Examiner (via Rolling Stone)

2) Bad Brains, Into the Future. “As on the band’s classic self-titled debut and its oft-overlooked ’86 metal/punk/reggae album I Against I, the four musicians … present brutal songs that often travel on meandering paths.” — Los Angeles Times (via Spinner)

3) The Twilight Sad, No One Can Ever Know – The Remixes. “Com Truise, Optimo and Tom Furse of The Horrors are notable contributors whilst Liars, a stated influence on the parent album, return the compliment with a brooding take on the already desolate and emotional ‘Nil.'” — The Skinny (via The Quietus)

4) French Montana, Mac & Cheese 3. “[An] effort to build French Montana’s star power by incorporating other A-listers, buzzing artists and producers, including Diddy, Wale, Future and J. Cole. Ma$e even makes an appearance, as does Prodigy and Fat Joe.” (via Birthplace Magazine)

5) Le1f, Liquid EP. “…Anchors, sonar, and vanishing claps build into a dark cavernous tension, ultimately to be relieved by ascension past the water’s surface, giving way for Le1f’s measured and whispery vocal introduction.” (via Boysnoize Records)

6) Junkie XL, Synthesized. “Tears for Fears’ Curt Smith helps out on the poppy ‘When Enough Is Not Enough,’ while Tommie Sunshine drops in on the heavy synths of ‘Love Machine.’ Elsewhere, you can hear the resurrected voice of iconic psychologist/drug proponent Timothy Leary on the swirling ‘Leave Behind Your Ego’… Everything from ’60s pop music to modern electronica gets a nod.” (via CoS)

8) Styles P, The World’s Most Hardest MC Project. “In his words, the title is ‘self-explanatory.’ Released through D-Block/E1 Music … his fifth studio album since 2002, and will continue to showcase S.P. The Ghost’s streetwise and hard lyricism that he’s championed for close to 20 years.” — Hip-Hop DX (via DJ Booth)

9) Over & Out, Plastic City EP. “The seven track album clocks in at a break neck 14 minutes, and it’s a really aggressive effort that here at UTG we’re really excited about.” (via Under The Gun Review)