Wiz Khalifa’s ‘Cabin Fever 2’: Could This Be the Death Knell for the Lex Luger Sound?

Home » New Music » Wiz Khalifa’s ‘Cabin Fever 2’: Could This Be the Death Knell for the Lex Luger Sound?

Last year, Wiz Khalifa prefaced his major-label debut, Rolling Papers, with Cabin Fever, a trap music-tinged mixtape that countered the more good-natured mainstream release. Cabin Fever 2, a ratchet-music facsimile, released yesterday, arrives less than two months before December’s presumably more poppy O.N.F.I.C.. On his new mixtape, Wiz reaches out to some of the burgeoning stars of this minimalist genre, bypassing big-name producer DJ Mustard for Iamsu! and his production crew the Invasion (best known for Loverance’s “Up!” as well as mixtapes like KILT! and Stoopid), in addition to beatmaking team League of Starz (E-40’s “Function,” Tyga’s “Faded”), and witty Compton tough guy Problem.

The tape sounds great when those names are involved: The bass bubbles of “Bout Me” are ideal for Problem and Iamsu’s rubbery shit-talk; “Smokin’ Drink” feeds the simplicity of John Carpenter’s horror-flick scores to a gasping footwork monster; “I’m Feelin'” finds the median between ratchet thump and trap stomp. Unfortunately, Wiz Khalifa turns into Tyga here, exhibiting no personality and way too much confidence. Mealy-mouthed, poorly-penned hooks (“Now, you may think that you’re so good that you’re smiling at that fuck shit, but I know”) are piled on top of these spare tracks, when all they demand are terse, witty one-liners. Then on “Smokin’ Drink,” Wiz gets too curt, endlessly repeating the song title over and over again, and calling it a day. “100 Bottles” features Wiz actually rapping well, but it has a whisper hook that sounds like it’s been imported from another song altogether.

The worst, though, is “MIA,” in which Wiz attempts to rep his hometown of Pittsburgh, and everywhere else, all at once. The hook moves from typical jet-set boasting (“I be in New York / I be MIA”) to street cred-grabbing B.S. (“I be in the South, trappin’ hard all day”) to a downright offensive characterization of one of the United States’ most violent areas (“I be in Chi-town, where they quick to spray”). That all-inclusive, market-tested attempt at a hook highlights the problem with Cabin Fever 2. Even as the tape mines a specific “street” style — further bolstered by way too many weak Juicy J features — it really intends to reach out to anyone and everyone. 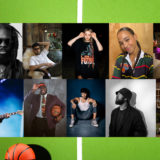 Wiz’s hedge-betting speaks to radio rap’s adjusted priorities. Stars are now defined by their curatorial savvy and ability to outsource, rather than their skills or bold personality. Event albums and mixtapes are no longer hearty, artistic statements. They’re barometers that measure which hip-hop trends are rising or falling. The better releases, like Drake’s Take Care, seem to suggest where things might be headed in a few years. But ones that sit too comfortably on the curve, like Cabin Fever 2, still indicate which direction popular rap taste is leaning. This tape is the final nail in the coffin for the glitching, crashing trap sound of Lex Luger and his many copycats. It’s a good look for Iamsu, Problem, and others slowly ushering in a radio-rap change; but in the process, Wiz has downgraded himself from quirky, regular-guy weedhead to bland, eager-to-please superstar.