Download Vessels’ Cover of Nathan Fake’s ‘The Sky Was Pink’ 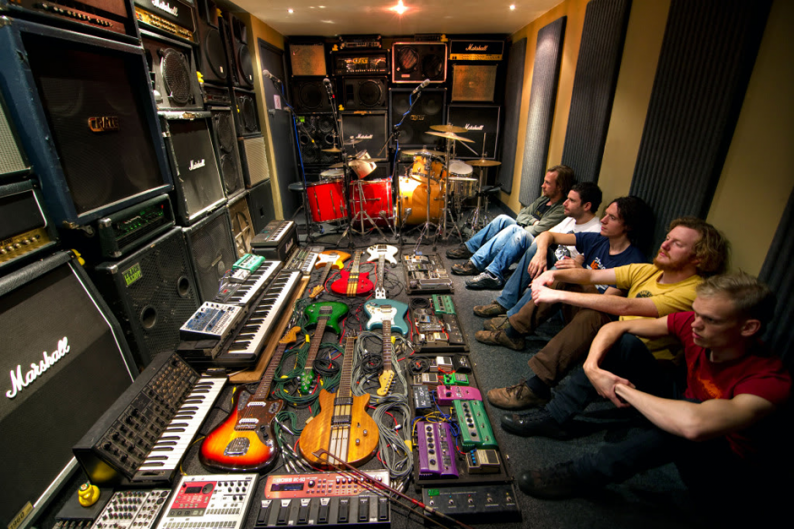 Nathan Fake’s “The Sky Was Pink,” released on Border Community in 2004, is an undisputed classic of electronic dance music. James Holden’s remix of the tune was one of that year’s biggest anthems — one of those increasingly rare tracks that managed to unite fans across several of dance music’s competing factions: progressive house, trance, techno, minimal, and IDM. Now, proving the song’s durability as well as its malleability, Leeds’ Vessels have recorded a hybrid cover version of the song, drawing inspiration from both the original and Holden’s iconic rework.

“It’s one of those tracks that brought the band closer together and re-invigorated our love for making music together,” Vessels’ Lee J. Malcolm explained in an e-mail. “The original by Nathan Fake sounded like an electronica artist recreating a live band. Then James Holden turned it into a dance-floor techno classic. It seemed only polite to complete the triangle and turn it into a live band covering both versions.”

A slight departure from the band’s post-rock sound, the recording offers some clues as to where they may be headed next; so does a new mixtape, titled Time for a Change, that lays out the band’s current inspirations. Alternating between shuddering techno and sumptuous electronica from artists like Perc, Pantha du Prince, and Blawan, the mix also features a cut from Malcolm’s new single, “Trashcan Riotface Queen,” released this month on EPM Music. Vessels will be hitting the road this fall and trying out new material in advance of a 2013 release on Cuckundoo, their longtime home.

Download Vessels’ “The Sky Was Pink” by clicking here, and check out the mixtape while you’re at it.