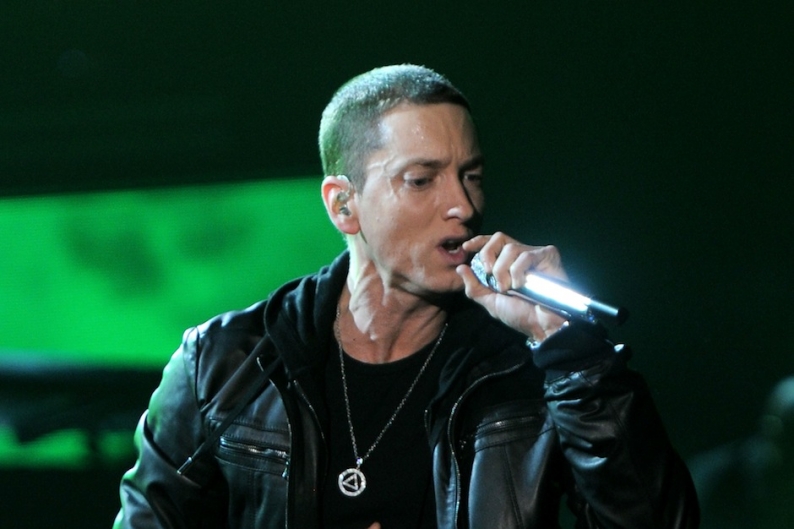 The money has finally started rolling in a lawsuit that could lead to big payouts for many recording artists. Last year, the Supreme Court decided not to review a case involving Eminem, after an appeals court had decided that for Slim Shady, digital downloads count as “licenses,” which carry higher royalty payments than “sales” do. The decision led to a flurry of artists filing similar lawsuits, including Rob Zombie, Rick James’ estate, Public Enemy’s Chuck D, and Weird Al.

What the courts still hadn’t decided, however, was how much Universal Music Group would have to pay FBT Productions, the producers who discovered Eminem, in damages. According to the Hollywood Reporter, the two parties have now settled for an undisclosed sum. If they hadn’t, the case would’ve been scheduled to go back to trial in April 2013.

The difference between whether music bought online via iTunes and other retailers should count as a “license” or as a “sale” isn’t academic. As the New York Times explained last year, Eminem’s contracts calls for him to get 50 percent of royalties for a license, versus just 12 percent for a sale. Separately, Sony’s now-defunct Sony BMG division not long ago reached a class-action settlement totaling $7.95 million in a digital-revenue case involving the Allman Brothers, Cheap Trick, and more.

Slim Shady wasn’t a party to the most recently settled suit, but the guys who first signed him are probably sitting on an impressive pile of cash right now. “As of now it’s worth $17 million or $20 million, but on a future accounting basis, five or 10 years from now, it could easily be a $40 million to $50 million issue,” FBT’s Joel Martin told the Times last year. That’ll pay for a whole lot of Slaughterhouse and Yelawolf records.