In a talk with David Byrne, the Nine Inch Nails mastermind said he decided the pros of releasing his group How to Destroy Angels' via Columbia were worth the cons 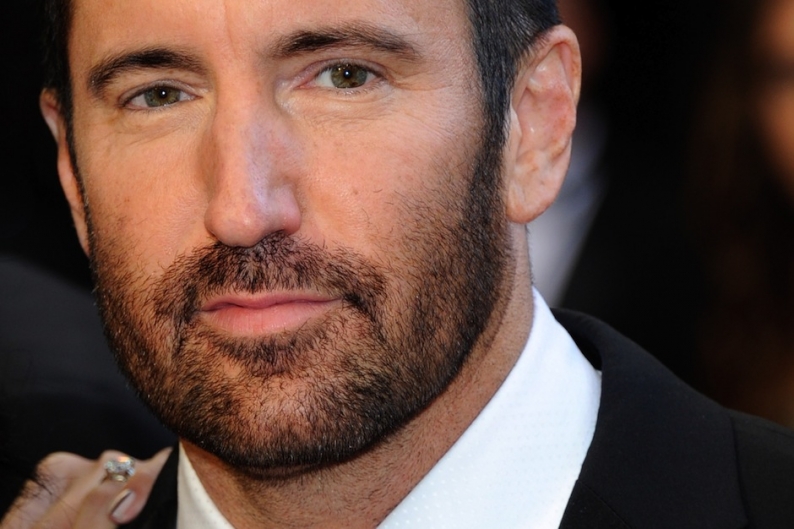 Last night Trent Reznor and David Byrne spoke at the Aratani/ Japan America Theatre in Los Angeles in an event moderated by University of Southern California journalism professor Josh Kun. As a video posted by Nine Inch Nails fan community Echoing the Sound shows (via Antiquiet), Reznor used the opportunity to explain his return to a major label. (The NIN singer’s How to Destroy Angels project is releasing an EP titled An Omen on November 13 via Columbia Records; hear subdued electronic opening track “Keep It Together” here.)

Reznor boiled the decision down to a night in Prague during Nine Inch Nails’ last tour, in 2009. “We’re playing that night in Prague, but I see flyers up for Radiohead, who’s playing the same place we’re playing, six months from then,” Reznor recalls. “Then I walk into the record shop, and there isn’t a section that says Nine Inch Nails.” He said he realized that his Twitter account allows for “preaching to that choir of people,” but at the loss of a chance to cross over in an increasingly fragmented media environment. (Interestingly, Reznor’s Radiohead encounter happened two years after Thom Yorke and Co. famously self-released In Rainbows.)

Reznor went on to frame the decision as a matter of costs and benefits. He said that while he enjoyed being able to post songs for fans without leaks, and post them as soon as they were finished, he had decided he might want to hire someone to handle marketing aspects — such as, for instance, contacting the cool record shop and the cool music blog in Prague. “It was, one, to have a team of people who are better at that [marketing] than I am, worldwide … that felt like it was worth slicing the pie up monetarily,” he said. “So far it’s been pleasantly pleasant.”

The comments expand upon what Reznor said via Facebook when announcing the How to Destroy Angels EP. He said that “it makes sense for a lot of reasons .. There’s a much more granular and rambling answer I could give (and likely will in an interview someplace) but it really comes down to us experimenting and trying new things to see what best serves our needs. Complete independent releasing has its great points but also comes with shortcomings.”

Reznor has had his share of conflicts with major labels over the years. Five years ago, he posted online that his then-label, Universal Music Group, was ripping off “true fans” by over-pricing NIN albums. “No wonder people steal music,” he wrote.

Byrne, the former Talking Heads frontman, is on tour now with St. Vincent in support of their collaborative album Love This Giant; read our review of their recent Brooklyn show.