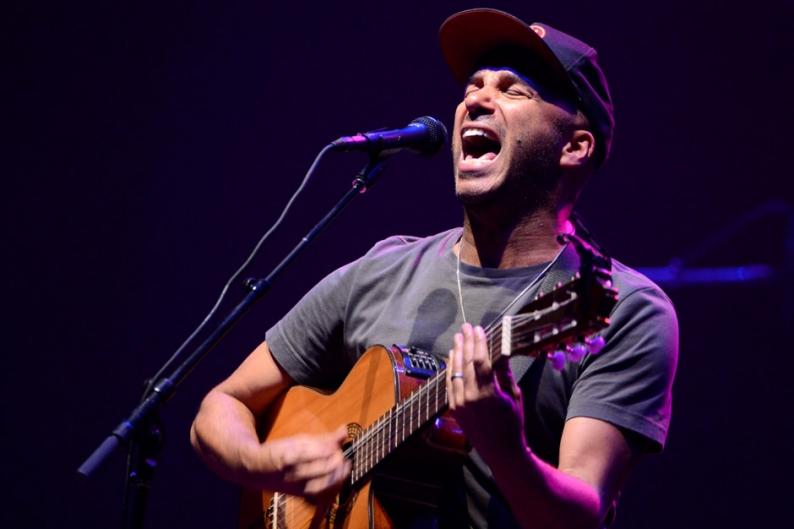 Tom Morello hasn’t been shy about it before: He’s no fan of Paul Ryan. After learning that the Republican Vice Presidential candidate considers Rage Against the Machine among his favorites, the Nightwatchman responded with an op-ed in Rolling Stone in which he described Ryan as the “embodiment of the machine that our music has been raging against for two decades.”

Now, Morello has followed up those comments in an interview with the Hollywood Reporter.

“[Rage] is a band that casts the nets really wide, and that’s part of the strength of the band,” Morello said. “People are drawn to it by the music, the aggression, the rockingness of it, and then they’re exposed to different ideas. Paul Ryan was a jackass before he listened to it, came out a jackass at the end, so he missed a lot of it.”

But don’t accuse Morello — who co-penned an anthem for the Occupy Wall Street movement, “We Are the 99 Percent” — of partisanship. In the same interview, the guitarist took aim at Democratic President Barack Obama. “I drank a little bit of the kool-aid initially,” he said. “It looked different than any other president, sounded different than any other president, and then he acted the same as all other presidents. If you have war crimes on your record, and you still continue to suck at the corporate teat like he does — my hopes were higher.”

Speaking of the Occupy Wall Street movement, Morello listed its accomplishments. “I think that there have already been great successes. One is, the idea that this horrific economic inequality exists, it’s already something on the front page,” he said. “The great, dirty, five-letter word you can’t say in America — class — is on the front page of the New York Times. When in memory has a Republican candidate had their feet held to the fire because they’re too rich?”

Morello isn’t the only ’90s rocker criticizing the Republican party. Following Mitt Romney’s “47 percent” gaffe, in which the candidate called half of American citizens “entitled” and “dependent upon the government,” Pearl Jam’s Eddie Vedder condemned Romney at an Obama fundraiser.

“It’s very upsetting to hear a presidential candidate be so easily dismissive of such a ginormous amount of the population,” Vedder said, adding that “none of those 47 percent of people would have a voice.”