'Sometimes it's easier to empower yourself in song than it is in real life." 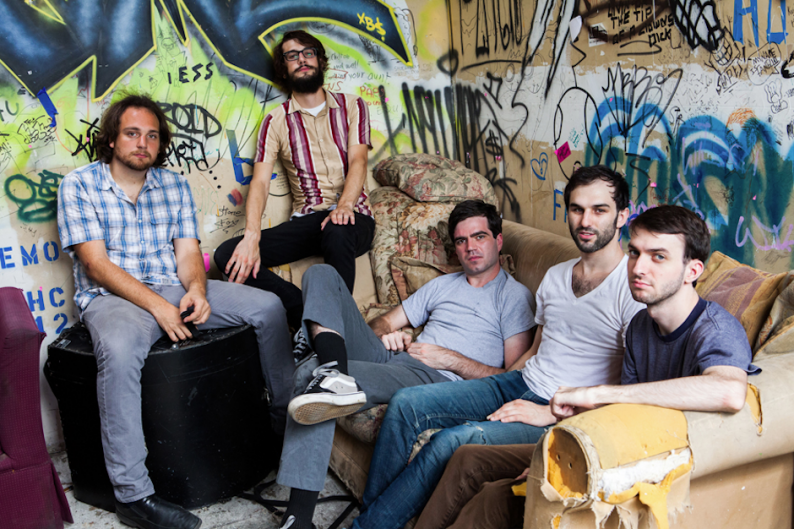 Titus Andronicus’ third album, Local Business — which you can hear now — strips away the Civil War pomp of 2010’s excellent The Monitor and finds the Jersey boys taking a rawer approach, both lyrically and musically. On early advance tracks “In a Big City” and “Still Life With Hot Deuce on Silver Platter,” that means mercilessly dissecting urban bohemia without sparing their own complicity in it. The title “My Eating Disorder” stood out when the band announced the track list for the October 22 album, and the recorded version is a raucous eight-minute reclamation of frontman Patrick Stickle’s condition as something that’s “inside me”; never has “spit it out, spit it out” sounded like such a rallying cry.

As Rolling Stone reports, Stickles’ real-life eating disorder is called “selective eating.” Those afflicted by this childhood-born condition suffer from difficulty eating all but a limited range of foods. “I started to write about it largely for the reason that I don’t usually like to talk about it,” Stickles is quoted as saying. “In art, there should be no secrets, really, so I decided to play out that concept in the most personal way for myself and see what was there, and hopefully in the process maybe empower some of our fans that might be dealing with similar issues, whether that’s an eating disorder or any kind of bodily control thing.”

Stickles reportedly tried to get treatment for the disorder but said he “sort of gave up on it some years ago.” He continued: “I’m not proud to admit that, but that’s the way that it is. Sometimes it’s easier to empower yourself in song than it is in real life. But at least I’m taking responsibility. Hopefully that’s the first step toward something. I don’t know if I’ve made the second step yet.”

Titus Andronicus’ song coincides with Lady Gaga’s Body Revolution campaign, an effort to “BREED some m$therf*cking COMPASSION,” which Gaga said was rooted in her own struggles with eating disorders anorexia and bulimia. In the Rolling Stone interview, Stickles said he hopes “My Eating Disorder” can help men and women alike come to terms with their eating disorders: “Whoever wants to get something positive out of the song,” he said. It’s true to form for a band that manages to incite joyful communal shout-alongs while bitterly inveighing against bullshit, their own included.