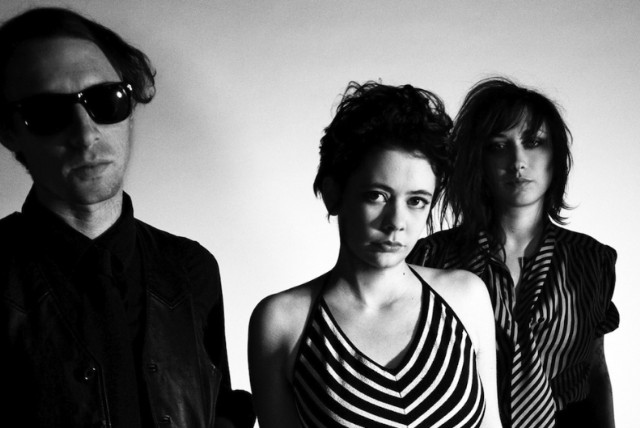 In a few weeks, Those Darlins will embark on what they’ve lovingly named the “Summer’s Dead Tour,” a three-week trek across North America alongside fellow Nashvillian punks Heavy Cream that takes its name from a song the threesome recently wrote and recorded for a split 7″ single with said tourmates, to be pressed by their respective labels (Oh Wow Dang and Infinity Cat) and sold on said tour. (The B-Side, Heavy Cream’s “Prison Shanks,” was produced by San Franciscan garage-punk cyclone Ty Segall). But “Summer’s Dead,” a song they’re calling their “spin on the Canadian-American murder ballad,” was inspired by a “a chef-cum-seductor-cum-body dissector who stayed at the Royal Albert Arms Hotel in Winnipeg,” a venue the band recently played with King Khan. “We were playing the club on the first floor and the hotel above, which would land somewhere between Bates and Altamont, was currently abandoned,” they explain, vie e-mail. “Khan, who was obsessed with the story at the time, dragged us up to the murder room. The place had been wiped clean of all the blood of course, but it was still terrifying to stand in there knowing the bizarre shit that went down.” Hear it exclusively below.

Those Darlins’ Jessi Zazu Dead at 28