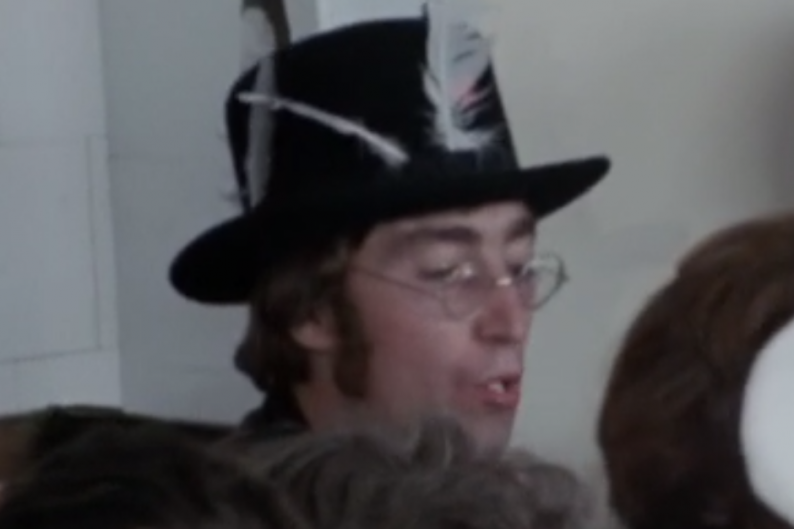 Unreleased video of the Beatles circa 1967 doesn’t come around every day, even if it’s just footage of them ordering fish and chips while accordion music oompahs in the background. As the BBC reports, arts website The Space is hosting just such a clip, uncovered as the British network was making a new documentary about the Fab Four’s 1967 film Magical Mystery Tour. The five-minute footage does, indeed, show John Lennon, Paul McCartney, George Harrison, Ringo Starr, and other Magical Mystery Tour bus passengers stopping for fish and chips at a shop in Somerset, England. A restoration of the original film opened in participating theaters on September 18, and a DVD with commentary by Paul McCartney comes out stateside on October 9.