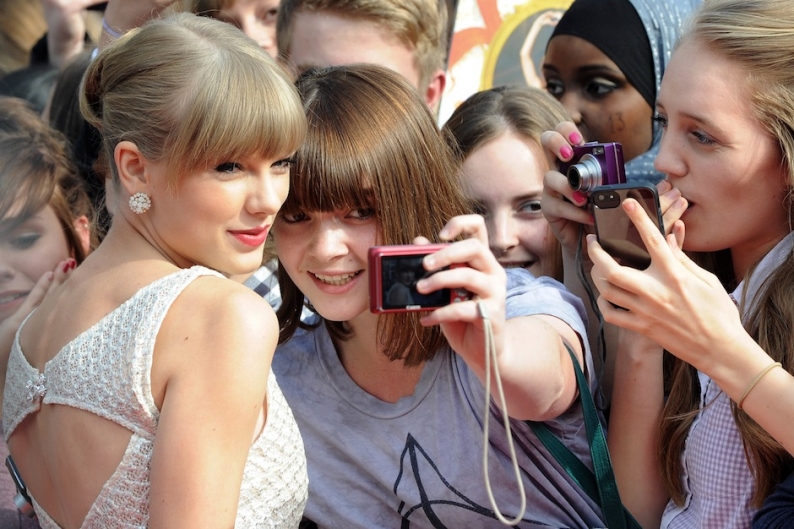 The latest single from Taylor Swift’s upcoming fourth album Red hit iTunes last night, and it confirms a picture of the October 22 release as her most varied and least traditionally country so far. The plainspoken storyteller has already unveiled the sassy pop kiss-off “We Are Never Ever Getting Back Together,” the falling-in-love soft-rocker “Begin Again,” the genre-melding reflection on lost love “Red,” and the bass-dropping bad-boy vivisection “I Knew You Were Trouble.” Her latest, “State of Grace,” is the one Rolling Stone previously described as a “howling, U2-style epic with reverb-drenched guitars,” but what had gone unmentioned is how brutally effective it is.

More “whoa-oh”-ing than literally “howling,” but streaked with unexpected feedback, Swift recognizes that Joshua Tree-era U2 is as traditional now as country, anyway, and adapts its melodramatic uplift to her own first-person romantic observations. This time, as the title suggests, she’s blissed out, not out for revenge: “And I never saw you coming / And I’ll never be the same again.” If pop didn’t know what it hit when Mumford & Sons outsold everyone, it’ll be even more fascinating to see how chart-seekers respond to Swift’s latest salvo. (Also, someone should pass her a copy of Snow Patrol’s 2003 anthem “Run.”)

As MTV reports, “State of Grace” has already gone to #1 on iTunes. Listen here while it lasts (via ONTD).